The Brindle Foundation in New Mexico is concerned with the well-being of children and youth, and funds in the areas of education, early childhood development, youth development and human services.  Brindle has assets of $14.2 million and annual giving of $579,000 (as of 2010). As the Board and staff of the foundation explored how to make the most difference with their limited grantmaking dollars, they heard the same thing again and again from leaders in their community: support our efforts to make a bigger impact. According to Nan Schwanfelder, president of this independent family foundation:

“We got into advocacy as part of our early childhood initiative in response to what we heard from our grantees, the people in community organizations directly connected to babies and families. And they convinced us that investing in advocacy would mean more bang for our buck in expressing our shared passion, and in promoting the efforts to help those families prosper.”

As just one example, Brindle made a long-term investment in the state’s premier anti-poverty advocacy organization New Mexico Voices for Children. Brindle has supported their early education and care policy work, as well as Children in Focus, which seeks to increase federal resources for programs that promote child wellbeing. With this consistent support from Brindle and other grantmakers, NM Voices played a key role to dramatically expand access to the State Children’s Health Insurance Program (SCHIP) and raise eligibility levels for child care subsidies, ensuring that 22,000 children and parents just above the poverty level would have decent, affordable health care and child care in New Mexico. The SCHIP expansion alone increased federal and state health care investments by $800 million over 5 years. These investments in turn generated tremendous business activity and jobs in New Mexico.

The story of the Brindle Foundation’s successful work in New Mexico is featured in a new report by the National Committee for Responsive Philanthropy, Leveraging Limited Dollars: How Grantmakers Achieve Tangible Results by Funding Policy and Community Engagement.  The paper summarizes three years of in-depth, on-the-ground research about the impacts of foundation-funded advocacy, community organizing and civic engagement. (See definitions of these terms.) This new report is based on NCRP’s series of seven regional reports, Strengthening Democracy, Increasing Opportunities, which collectively examined the advocacy activities of 110 nonprofits in 13 states. In each site, NCRP chose a diverse cross-section of nonprofits, both in terms of the communities they served and the issues they sought to address. (An online directory of the policy impacts resulting from the work of these nonprofits can be sorted by issue, beneficiary population and other categories.) NCRP collected extensive data from the groups, looking back over a five-year period of their activity. NCRP also interviewed dozens of foundation leaders to find out how they go about making advocacy grants.

The report highlights several key findings from the seven studies:  110 organizations in 13 states took in $231 million from foundations and other donors and leveraged it to create $26.6 billion in benefits for communities and taxpayers, often helping some of the most marginalized groups in society. That means every dollar that grantmakers and other donors provided reaped $115 in community benefit.

The nonprofits influenced hundreds of policies on a broad range of issues. Some efforts led to additional government spending; some saved the government money and made its programs and services more efficient and effective; and others actually helped generate public revenue.

Foundation support helped nonprofits mobilize more than 700,000 residents in 13 states – enough people to fill the nation’s seven largest football stadiums at once – to voice their concerns publicly. Civic engagement and leadership development made possible by foundation support had ripple effects in the broader community.

At least 321 grantmakers, diverse in type and size, supported the work of one or more of the organizations in this study. In the aggregate, foundations contributed more than $3 of every $4 spent on policy engagement and grassroots organizing. Family foundations were a significant share of the advocacy grantmakers included in the study; more than 1 in 5 funders was a family philanthropy.

Also notable was the diversity of grantmakers by amount of annual giving. As Graphic 2 shows, roughly one third of funders gave less than $1 million annually; one-third gave between $1 million and $10 million; and just under a third gave more than $10 million per year. The study affirmed that all types and sizes of grantmakers are funding policy and civic engagement to achieve their goals with limited means.

There were a wide variety of effective strategies and campaigns used by organizations involved in the study. These included:

The Mary Reynolds Babcock Foundation, based in Winston-Salem, NC, determined that supporting advocacy coalitions is essential to achieving its mission: to help people and places in the Southeastern U.S. move out of poverty. According to Program Director Gladys Washington:

“We don’t believe that any organization standing out there by itself can create change. It is one of our core beliefs that large-scale, lasting change requires really skilled individuals and effective organizations working together with a set of allies so they can accomplish more together than separately. We provide “glue” support for coalitions, because for them to be together takes time, money and lots of other things. Our theory of change is that connected folks can be better at what they do and more effective at moving people out of poverty.”

The Babcock Foundation has supported numerous organizations involved in effective coalitions, including several Arkansas nonprofits that won expanded state resources for pre-kindergarten, increasing annual funding by more than $100 million from its 2003 level to serve 35,000 kids.

Another family philanthropy featured in the NCRP research was the Campion Foundation. On the foundation’s website, founders Tom and Sonya Campion describe their long-term commitment to advocacy-based strategies:

“In order to catalyze lasting change, we believe that supporting advocacy, in all its forms, is among the highest leveraging activities available to philanthropy. Supporting a range of high-impact advocacy efforts – from carefully targeted grants to using our own unique perch as philanthropists – is an essential component to our foundation strategy.”

One of Tom and Sonya Campion’s three top priorities is to end homelessness. In Washington State, this long-term goal is being accomplished by building the capacity of anchor organizations with multi-year general operating grants and by convening grantees and other stakeholders to foster collaboration and shared strategy, which is decided by the nonprofits, not the foundation. Program officer Don Andre, who comes from a nonprofit background, succinctly described his method for convening: “My approach is to let them self-determine.”

Campion also partnered with other grantmakers in the region, including the Bill and Melinda Gates Foundation and the Marguerite Casey Foundation, to ensure that greater and more coordinated resources would be brought to bear on homelessness. During the period of the NCRP study, Campion grantees and their allies secured $300 million for the state housing trust fund, which has leveraged additional funds at a rate of 4 to 1, bringing at least $1.2 billion more for affordable housing for at least 5,000 families.   For a foundation with $30 million in assets that grants about $5 million annually across their three program areas, that’s an incredible return on investment.

Family foundations and advised funds can begin to leverage their limited dollars for maximum impact using the following steps:

Family foundations that have been doing this kind of grantmaking for a while can be a great resource to newcomers. One way to identify such funders is to see which ones have signed on to Philanthropy’s Promise. Philanthropy’s Promise celebrates foundations that make a public commitment to providing: (a) at least half of their grant dollars for the intended benefit of underserved communities, broadly defined; and (b) at least one quarter of their grant dollars for systemic change efforts by supporting nonprofit policy advocacy, community organizing or civic engagement. Many family funders affirmed that their desire to maximize their impact with limited resources led them to invest in these systems change strategies (see the August 2011 edition of Family Giving News). 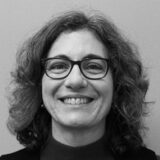