Why We Must Stand Up for Overhead

Why We Must Stand Up for Overhead 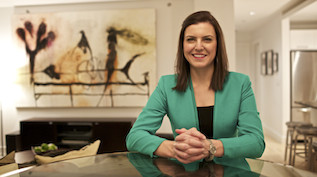 As family philanthropists, it’s difficult to read headlines about abuses at wasteful, extravagant nonprofits without feeling the urge to look suspiciously at the expenses of groups that seek our support.

These reports—such as the recent exposé about lavish travel spending at the popular veterans charity The Wounded Warrior Project—challenge everything we want to believe about how nonprofits should operate.

They also feed the well-worn narrative that overhead at nonprofits is evil.

But it’s time for our field to take a united stand in favor of overhead.

Yes, we must make sure that the groups we support are truly working to make an impact rather than pad the bank accounts of shady actors. But, in our quest to keep an eye out for excess, we are often perpetuating the same problem we are attempting to solve.

Many nonprofits are working in inefficient ways not because their officers are greedy, but because the tools that they truly need—the strategic plans, the databases, the public relations and fundraising teams—are perceived as unnecessary expenses that bloat their overhead ratios.

Ironically, many of the same practices that helped our families generate the wealth that put us in a position to give significant sums are the very same practices we eschew when we evaluate nonprofits. It’s unlikely that your business—or your family’s business—succeeded without a communications department and a trained IT staff, yet we are often reluctant to pay for those same functions at the nonprofits we support.

We must resist the urge to believe that the isolated stories of waste are emblematic of what’s happening at all nonprofits. For the vast majority, the reality is much different.

If you spend a day at a typical nonprofit, you are likely to see overworked, underpaid staff eating brown-bag lunches at their desks. All too often, those wobbly desks support stacks of unfiled paperwork and outdated PCs.

In the name of keeping overhead low, these workers don’t have the tools to do their jobs efficiently. They work long hours for below-market pay—a recipe for burnout and high turnover. Skimping on administrative support exacerbates the problem.

As family philanthropists, we can forge a different path—a path that helps nonprofits get the resources they need to achieve the impact we seek.

The good news is that many family foundations recognize the need to provide general support to nonprofits. Roughly 83 percent of family foundations report making general operating grants, according to the National Center for Family Philanthropy’s 2015 Trends survey. Nearly two in three give capacity-building grants.

However, it is also clear that the support we provide isn’t yet enough to change the conditions at many nonprofits.

Family foundations granted $20.6 billion to nonprofits in 2010, which accounted for only 7 percent of all philanthropic giving in the US that year. Those figures don’t include government support, which makes the impact of family foundations even smaller.

It is critical that donors invest in the long-term health and sustainability of the institutions we are asking to tackle the world’s most entrenched social problems. Starving organizations of strong strategic plans or essential technology—often viewed as overhead and therefore superfluous—actually prevents their ability to use the limited resources they do have most effectively.

It is time to praise overhead, rather than fear it—and family foundations are poised to shift this mindset in the sector.

We need to remind ourselves that investing in an organization and its people is the only way to ensure lasting success—it is unrealistic to expect highly qualified individuals to work for low wages at under-resourced nonprofits. If we continue with this assumption, we will continue to lose many of the very best hires to other sectors, where they are more readily rewarded for their efforts.

We also need to get away from the entrenched thinking that, in the age of free social media, it is easy for nonprofits to spread the word about their work, a critical component in attracting donors. In some cases, it’s quite the contrary. At a time when our attention spans are saturated, it is those particularly skilled professionals who can make the difference, who can raise lasting awareness about a nonprofit’s mission.

Simultaneously, nonprofits must continue to make the case for better funding of their communications and public relations outreach. Such an investment will save the donor money in the long run. A strong reputation is vital in ensuring the sustainability of the nonprofit, making it a more attractive destination for grants and contributions from a broad and growing number of donors. And that scenario, in the end, is good for everyone involved.

Unfortunately, there will always be a handful of bad actors.

But we must no longer accept a world in which this small minority affects the way an entire sector approaches and views its work.

It’s time for all of us—particularly those in family philanthropy—to stand up in favor of overhead.