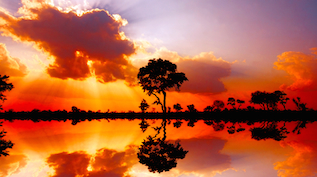 As we draft this blog for NCFP, we recall the sense of panic felt on New Year’s Eve. After 15 years was “everything” truly finished?! Now three months later we are able to reflect back on our “sunset” process and experience. In 2009 when the Orfalea Foundation first developed and initiated its spend down timeline, we could not have predicted openly sharing this process. However, it now makes perfect sense to share all that we learned.

“Orfalea” is the family that founded Kinko’s. For those too young to have been customers, Kinko’s started in 1970 as a storefront to make Xerox copies. Over 30 years, and hundreds of locations, it appealed to “road warriors,” business travelers, and early entrepreneurs. This was a time before every person had laptops, home printers, and smart phones. The Kinko’s brand was ultimately absorbed and purchased by Fed Ex.

In 2000, The Orfalea Foundation was started in Santa Barbara, California. The foundation carried forward the same entrepreneurial spirit of the business through its philanthropy. Orfalea’s legacy stands for bold and at times even aggressive approaches to helping alleviate some of the pressing social problems in Santa, Barbara, including early childhood education, school nutrition, and disaster preparedness. The foundation engaged in deep working partnerships, comprehensive initiatives, and transformative impact in the community because we believed that through partnerships we could tackle big challenges facing our neighborhoods.

The foundation started quite traditionally with reactive grants in our local community. About halfway through our journey we shifted to proactive initiatives to tackle issues with a focus on systemic change. This resulted in several complex, multi-year initiatives built with sustainable tactics and planned exits.

From the beginning, The Orfalea Foundation was not designed to last into perpetuity. Co-founder Paul Orfalea would state “no need to be the richest man in the grave yard…” and the Orfaleas were clear that they always intended for their foundation to spend out.  They wanted to experience the impact of their giving while alive.

While our commitment to spending out was firm, one unknown variable was the timeline of when this would take place.  Nine years into the foundation’s giving, staff began doing financial mapping and presented multiple scenarios to our Board.  We looked at the various configurations of keeping a consistent spending rate for all of our focus areas, or of dedicating more funds to select areas of interest. This advanced planning allowed the board to set a comprehensive timeline six years prior to the foundation’s completion. This was a critical guiding value and it allowed the scope of work to always remain mindful of the exit.

In the foundation’s final two years, the Board established two key mandates. The first mandate was that the staff needed to focus on three issues:

1) Sustainability:  For Sustainability, we wanted to do everything we could to support grantees as Orfalea transitioned away. We worked individually with our closest partners to determine how we could be an asset, and to deeply engage with them in partnership.

2) Evaluation: For evaluation, we prioritized sufficient resources to conduct thorough third-party evaluations which allowed us to share the culminating lessons with the broader philanthropic field (found at www.Orfaleafoundation.org).

3) Legacy: Finally, we were sure to find ways to intentionally honor the Orfaleas and position the sunset to fulfill their philanthropic visions.

The second key mandate from the board was to “Finish Well, and Finish Strong.” This was combined with permission to “Let Go” of areas that were of less importance.  Historically, our foundation had worked differently, seeking to accomplish a broad range of goals, but we all recognized this was a different moment in time. Not all work could be completed, particularly as staff left, either early or according to their completion date. In order to keep the remaining staff engaged and able to manage a balanced schedule, we had to assure them that the workload of departing colleagues would not fall on their lap.  The Board’s mandate that we do the most important work “well” and “strong” kept us zeroed in on our most important goals.

We found it necessary to create a communications guide to ensure consistent messaging for in-person, online, and print publications and social media. Though external communications were clearly messaged and distributed, the broader community  did not take the foundation’s departure seriously until two months before our closing.

We also experienced a huge cultural shift in our organization as we determined how to manage staff retention, while simultaneously handling motivation and morale.  Our staff was scheduled to depart at staggered intervals over the two-year spend out timeline.  We first had to assess whose work logically would be completed first, and had to identify back-up plans for when co-workers voluntarily chose to depart before their exit date.  At a minimum, co-workers received four months’ notice, though many had twenty-seven months. All were given a severance benefit, which they receive regardless of when they left. This included health insurance for what we hoped was a sufficient time period to get to their next job.  Retention incentives were also offered based on both seniority and function for those that stayed through their exit date.

Retaining staff proved to be easier than initially anticipated. However, keeping staff motivated and focused on the foundation’s work proved to be quite challenging. The foundation engaged in a number of team retreats that intentionally pivoted the culture to focus on the transition. Towards the end of the spend down the job had changed dramatically for all staff. Working to build and maintain partnerships was no longer the focus; instead, staff documented lessons learned, cleaned thousands of files, and ensured that foundation grantees were ready for the end of the partnership.  Even the management staff struggled with thoughts about their work: “Will this matter?” “What about future employment?”

In spite of these challenges, the team spirit remained and allowed for everyone to pull through, focus, and complete the job to the best of everyone’s ability. Allowing and encouraging transparency and candid sharing helped the staff work together and push through the challenges.

This is a snapshot of points we will share on NCFP’s Thursday, April 14, 2016, webinar from 12:00 to 1:30 PM EDT, titled, “Coming to a close: Lessons from two spend down family foundations.” The Noyce Foundation’s spend down process will also be featured on the webinar. You may register for this event here. 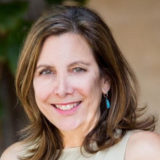