Failure Talks with TPW: a Conversation with Sapphira Goradia

Failure Talks with TPW: a Conversation with Sapphira Goradia 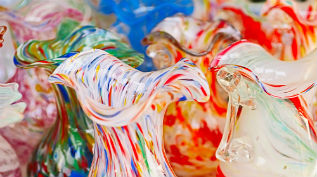 This is the first in a series of conversations with members of The Philanthropy Workshop curated by TPW member Devon Cohn. “TPW Talks Failure” examines stories about lessons learned, about the process of failing, and cautionary tales that shine a light into less explored areas or less well understood areas of the philanthropic world. This is a transcript of an interview with Sapphira Goradia, Executive Driector of The Goradia Foundation, which has been edited for clarity.

Q: We all have failure stories. What was the start of your story?

SG: Our foundation operates mostly in India within the health and education space. We look specifically for nonprofits with models that can scale and affect the greatest number of people possible. Last year we found a health organization that had been working for the last decade in the U.S. on decentralizing specialized health care. They had begun replicating in different countries and had been looking at India to replicate a hub model. We saw their potential and talked with them for months before making a grant. Our grants tend to be matching grants with the first year free and clear to get the ball rolling—followed by successive years contingent on the grantee raising matching funds.

SG: This U.S. organization was awarded their first year of funding. A couple of months later they came to us and explained they were having a problem. Because they were more of a start-up in India—without a presence there previously—they encountered a lot of problems resulting from a lack of knowledge about the legal system, the nonprofit landscape, the fundraising landscape, the basic “in-the-weeds” stuff.

We had known about and talked about these issues, but I don’t think we delved into them enough.  They were shooting in the dark because they didn’t have an expertise in India. Our funds effectively became locked in the U.S. because of Indian legal issues.

In India, a nonprofit needs an FCRA (Foreign Contribution Regulation Act) approval to receive funds from outside the country. Our grantee did not have FCRA approval. There were months of practical difficulties in operations, including an immediate pressing need to find funding sources within the country. I felt terrible because a lot of what our foundation does is to try to help build capacity, and we do have an understanding of working in India.

We are based in the U.S. and, in this particular situation, our grantee needed people on the ground in India with intimate knowledge of the legal landscape along with people on the ground who could help them fundraise locally while waiting for the foreign funds to come through. I felt like I should have known it would be a problem. I knew the laws; I just didn’t know them well enough.

Q: How did failure change the path of this endeavor?

SG: To attempt to mend this situation we made a grant through Dasra. [Dasra is a TPW partner that works to build the capacity of philanthropic organizations and efforts in India.]  We funded Dasra to work with our grantee to build capacity, make connections, work on due diligence—basically to be their connection on the ground in India. That’s been our stopgap measure, our lesson learned. I wouldn’t say it’s corrected the setback.  This is more of a learning process and it’s not clear yet if it’s going to work.

Q: What did you learn? What would you like other TPW members to learn?

SG: This is an ongoing “failure in progress” that we’re hoping to turn around. The failure was not digging into the practical issues up front. We didn’t think about what we might encounter when working with a start-up.

On our end, we took a long time to vet them, so once we came out of that there was a feeling that we’d taken so long we needed to get moving on this right away. I feel like the problem could have been eased if our grantee and our foundation had both done more due diligence, especially about legal issues on the ground in India.

When these things happen, I feel terrible. I feel like I could have done better; I wonder if I am the right person to be doing it. But, I’m also learning. You have a setback, feel bad, learn.  The point is to be constantly learning and able to give that back to your grantees. In a way, the more you fail, the more you learn.

Sapphira’s experience highlights how important it is to be prepared for projects to encounter complications.  At the 2016 TPW retreat, Antony Bugg-Levine (CEO, Non-profit Finance Fund and Chair, Global Impact Investing Network) and Maya Winkelstein (Executive Director, Open Road Alliance) discussed how risk is often not addressed upfront: one out of five projects experience unanticipated obstacles.

Talking about risks at the beginning of a project is one of the most important conversations you can have. In the investment world, most investors ask the question “what could go wrong?”  But many donors don’t ask that question, and many nonprofits seem to think that discussing things that could go wrong implies poor planning or incompetence rather than the opposite.

In business, budgets often have a plan for unexpected expenses.  Even in my personal spending on projects and travel I have a contingency fund.  Many nonprofits, however, don’t incorporate contingency and cost overruns into their planning commensurate with the risks.

Antony and Maya told us that most grantees don’t go back to the original funder to ask for help because they’re concerned it will affect current and future funding.  They are afraid of having the conversation about what went wrong in part because the conversation should have happened earlier.  Regardless of cause—not understanding the risks and potential extra costs, poor budgeting, wanting to avoid challenges of raising additional funds, etc.—it is a potentially devastating stumbling block. While this may be a difficult conversation to have with grantees, Antony and Maya advocated that as donors, we get the ball rolling by asking the simple question: “what could go wrong?”

Sapphira has a good partnership with her U.S.-based grantee.  When the organization encountered the initial problem, they came to her to help address the issue.  By keeping the focus on the original goal rather than pointing blame, the foundation and grantee were able to make needed course corrections.  Funding Dasra is an additional expense, but the new three-way partnership will hopefully put things back on the right track as well as help identify and avoid potential future stumbling blocks.

What are ways that you can plan for unexpected financial needs without building in the expectation that every project will incur them? 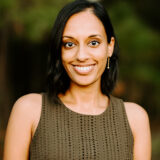