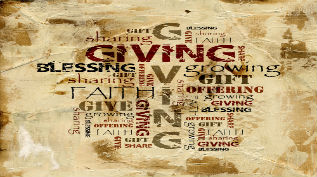 Families that are beginning their journey into philanthropy have a much different perspective than those who created foundations decades ago.

Throughout much of the 20th century, those who achieved wealth often did so in the city where they were raised and where they were raising their own children. Their hometown was woven into the fabric of their identity – and they viewed their philanthropy as a way to give something back to the place where they had achieved success.

Today’s philanthropists, however, are likely to be less connected to place. The modern economy is built less on geography and more on technology – and many of those who are earning wealth are doing so in a global marketplace.

As a result, we’re seeing a significant shift in how families are focusing their giving – one that will likely have a profound effect on philanthropy in the future. Just 40 percent of family foundations created since 2010 are focusing their giving on geography, according to the National Center for Family Philanthropy’s 2015 Trends survey. By comparison 80 percent of family foundations created before 1970 have a geographic focus for their grantmaking.

This is an amazing shift – one that is already leading to a move away from communities and toward issues.

The good news for communities is that 2 in 3 family foundations focus giving on geography—meaning that the majority of families are still actively participating in place-based philanthropy. And one third of families are practicing a mix of issue- based and place-based work.

But the transition away from place-based philanthropy is nonetheless noticeable – and it’s not confined only to new family foundations. Some longstanding foundations, including the century-old Surdna Foundation and the Arthur Vining Davis Foundations, focus their efforts more exclusively on issues rather than place.

For some established philanthropic families, dynamics are pushing them to reevaluate where they give. Two in five families in the NCFP survey said that younger family members have moved away from the foundation’s geographic location.

The impact of this shift is still hard to measure.

By focusing on issues, foundations have an opportunity to create change at a larger scale. In turn, they can improve conditions across many communities – not just in the cities where their offices happen to have a mailing address.

At the same time, it could also signify a shift away from supporting important safety net programs that provide needed services to those in local communities.

Luckily, this shift is happening at a time when community foundations across the globe are stronger and more established than ever. A century after the creation of the first community foundation in Cleveland, Ohio, thousands of communities worldwide are now the beneficiaries of strong, locally focused foundations that exist to help ensure that place- based charities have access to philanthropic resources.

As I work with families to help them determine how they want to approach their giving, I’m consistently struck by the fact that there is no ‘one right’ way to practice philanthropy given the founders’ goals for community impact and family participation.

While this shift away from place-based family philanthropy will no doubt create some challenges, it also signals that families are working to ensure that they are being thoughtful about how they give – and that will ultimately lead to much better outcomes.

The best thing any family can do is focus its philanthropy on what aligns best with its family’s values and vision.

If your family cares most about helping find a cure for cancer, go after it with all of your energy. If you’re devoted to your family’s home city and want to support charities in your community, then focus your philanthropy there.

There is no right or wrong answer. What’s most important is that each family take the time to be deliberate about how it can have the greatest impact with its philanthropy.

That is the opportunity that we don’t want to miss.