A Family Tradition of Service and Philanthropy

A Family Tradition of Service and Philanthropy 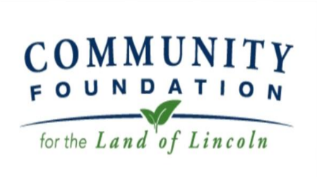 A passion for philanthropy is a gift that can be passed down through generations.

After Tim Eggleston witnessed his mother volunteering throughout his childhood with her Beta Sigma Phi Sorority and at St. Aloysius School and Parish, he decided to join Key Club in high school and Circle K service club at Illinois State University. After college, Tim and his wife, Debi (who was also in Circle K), became involved with Kiwanis International.

“It was not until our daughter joined Mission Club and other volunteer organizations at Christ the King School did we truly see that the value of service was continuing on with our kids, though,” Tim said. “However, all of these opportunities were hands-on service.”

When John Stremsterfer, president and CEO of the Community Foundation for the Land of Lincoln, spoke at Tim and Debi’s Kiwanis meeting, they knew they had an answer as to how they could assist local nonprofits with fundraising efforts, in addition to the gift of their time.

The Community Foundation provided the Eggleston family with a simple way to take the next step through the creation of the Eggleston Family Endowment Fund, enabling the family to offer monetary support to causes important to them.

The Egglestons also realized the value in handing over the responsibility of financial giving to their children, Aili, 17; Alex, 14; and Aden, 4. The Eggleston children now get together once a year to read grant requests and make decisions based on their interests and personal values, with Tim’s parents, Dick and Sue Eggleston, serving as their advisors.

“The intent of our fund is to be kid-driven,” Eggleston said. “Debi and I have recused ourselves from all decision making, and our kids are empowered to make the decisions.

“Each year, the kids are exposed to more than 40 organizations seeking funds, and we hope they gain a personal connection to the organization they are funding and the appreciation for the needs in our community. Every year, they ask if they can split their donations between two organizations — one for my daughter and one for my older son — but ultimately, they compromise and come to a decision; I am told there is often some bartering that occurs as well.”

Since the fund’s inception, the family has contributed to the Friends of Sangamon County Animal Control, the Make-A-Wish Foundation and the Elizabeth Ann Seton Program. The Egglestons have also started taking their children to volunteer and tour the nonprofits to which they donate.

“It was fun to go with the kids on a tour of Animal Control; as you can guess, the kids’ love for animals drove this decision, and they connected right away with the animals they were serving,” Eggleston said.

The Egglestons strive to contribute more than they give each year — typically 3 to 5 percent of the fund — so that the family endowment fund can continue to grow and eventually become self-sufficient. They plan to increase giving as they get older and also have estate plans to provide for the fund.

“Currently, we partially fund requests based on our percentage rule of 3 to 5 percent; our next goal is to fully fund a request,” Eggleston said. “Our long-term goal is for there to be at least a million dollars in the fund, providing a significant opportunity to make an impact in our community. I am not sure how long that might take, but we are making progress toward that goal every month through the automatic withdrawal opportunity.”

Eventually, the Eggleston Family Endowment Fund will change hands to the next generation, so that Tim and Debi can serve as advisors to their grandchildren and continue the family tradition of service and philanthropy.

“We are a simple, middle-class family who believes in hands-on service and charitable giving. There are many people (and animals) needing to be served by a number of worthy organizations in our community,” Eggleston said. “Our hope is that the kids will continue the fund, pass off the decision-making responsibilities to their kids and allow Debi and I to take on the role of advisors. Ultimately, the fund continues to grow, and we are excited to see where it might be in 10, 15 and 50 years.”

Community Foundation for the Land of Lincoln

NCFP’s Community Foundations Family Philanthropy Network supports the special roles community foundations play with philanthropic families as a trusted resource and partner. Included here is a complete collection of Spark Session webinar replays, issue briefs, and other resources that have been created as part of this network.