Standing Together: Exciting Ways Family Philanthropy Can Come Together in 2018

Standing Together: Exciting Ways Family Philanthropy Can Come Together in 2018 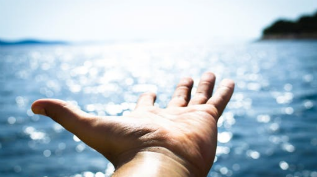 2017 was a challenging and frustrating year for many of us who work in family philanthropy.

The nation’s political climate—characterized by intense partisan polarization and accompanied by a parade of troublesome public policy changes—has undone years of hard work and placed new burdens on the nonprofits we support and the communities we serve.

The tax reform bill threatens to reduce the amount of money people give to charity, and lawmakers are considering changes that would target endowed philanthropy.

Making matters worse, communities across the nation have been devastated by an intense set of natural disasters—disasters that are now becoming the “new normal.”

But, while it is easy to get discouraged, many family foundation leaders are instead showing increased resolve. We are rethinking the way we talk about our missions, reaching out to new partners, and experimenting with creative approaches to grant making.

In the early days of 2018, family foundations are standing together in some exciting ways.

With that in mind, here are four trends to watch in family philanthropy in 2018:

Looking to Unlikely Places for Models of Success

For the past decade or so, many family foundations looked to progressive states for examples of innovative philanthropy. Much of this philanthropy has looked to public policy for success—working to implement lasting change by strengthening codes and laws governing the issues we care about.

But with the nation taking a turn to the right, many foundations are beginning to look at more conservative states as models, learning from what has proved successful in those states and trying to emulate that on a national scale.

For example, here in the Lone Star State, we have been making slow and steady progress on issues such as environmental protection despite the fact that many leaders and citizens are dubious of efforts that promote these issues.

How do we do it? Well, a lot of it comes down to how we frame the issues and the techniques we use to address them.

On issues like clean energy, you will immediately turn off many Texans if, for example, you talk about climate change as a motivation for exploring alternative energy sources or tighter government regulations as a path to get there. However, there are many other critical reasons Texans should be interested in clean energy.

For example, by making the economic argument for cleaner energy and energy efficiency—showing how it creates jobs and saves money—you are much more likely to make headway.

Similarly, using market-based mechanisms that simultaneously help people save money while having a positive effect on the environment gain much more traction than policy mandates in the current political landscape.

As we work to address issues like economic opportunity, education, and climate change, we must engage with more than a select audience of the “already converted.” By thinking about our work differently—and rethinking how we can communicate our goals—we can help advance change, even at a time of intense polarization.

We have been doing this for years already in some parts of the country—especially here in Texas. It’s time to make this a part of how we work from coast to coast.

Natural disasters are striking around us at an alarming rate. Weather events that should happen once in a lifetime are now happening regularly all throughout the world.

Hurricane Harvey was a 500-year flood—a flood that statistically speaking should only happen once every 500 years—except that it was the third 500-year flood in three years.

As such, many family foundations carry the burden of helping communities hit by these disasters. While there is an outpouring of help in the immediate aftermath of a disaster, the longer-term recovery is a slow and tedious process for any community, often without the necessary resources as the news has turned elsewhere.

Family foundations often step up to fill this void. They act as thought partners with the organizations serving the communities most affected and as advocates in the recovery process.

As these disasters continue to hit, we will see family foundations continue to step into leadership roles in the communities they serve. This also means their longer-term grantmaking strategies may be put on hold as response and recovery take precedence.

2017 marked a turning point in terms of how the federal government incentivizes giving through the tax code—and it is likely that some lawmakers will continue to push for changes that will hurt philanthropy.

The National Council of Nonprofits, in turn, estimates this change will reduce giving by at least $13 billion annually.

And many foundation leaders who are engaged in public policy efforts report that they are hearing calls from some lawmakers to change the tax treatment for endowments.

Foundations of all stripes have become increasingly vocal in public policy advocacy in recent years—and more family foundations will join the chorus in 2018 to ensure that they can continue to serve the public and that the nonprofits they serve are given the resources they need to achieve their missions.

Speeding Up Spending Down

A number of families will also choose to be more aggressive with their grant making.

Endowed philanthropy remains an important model—and a preferred option—for many families. But an increasing number of families will also choose to either spend down their assets by a fixed date or ramp up their grant making for the short term to address what they see as pressing needs.

This continues a long-term trend. According to NCFP’s 2015 Trends in Family Philanthropy survey, one in ten family foundations has already made the move toward limited life—with roughly one in five family foundations created since 1990 choosing to spend down their assets.

This is a positive trend for the field, as it shows that more foundations are making decisions based on their own values rather than following the “typical” path.

Family philanthropy continues to grow more sophisticated—and we can all have a much greater impact if we analyze our options and make decisions based on how we can make the greatest possible impact.

For some, the choice is perpetuity. For others, it’s spending down more quickly—going all out on the needs today.