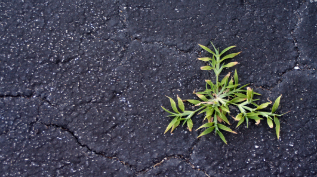 If you are a newer family foundation with one or two generations on the board, five generations may seem like a long time away. Yet in family philanthropy, quite a few foundations have been operating and thriving, for 50, 75, even 100 years.

What’s the secret of these family philanthropies that make it five generations or more? How do they stay united over time, over generations, and across family branches? How do they successfully attract and engage younger family members?

NCFP’s forthcoming Passages Issue Brief Thrive at Five: The Secrets of Long-Term Family Philanthropy—will explore these questions and many more. The issue brief features family foundations that have made it to their fifth generation (or who are well on their way), and the top 8 secrets they shared for holding a family foundation together over time.

Want a sneak peek of one of these family secrets? Read below.

Family foundation members who play together may be better equipped to stay together.

“For us, what has made all the difference, is time together,” says Lisa Parker, president of the Lawrence Welk Family Foundation. “We fund in Southern California, and getting into the multiple generations, we wouldn’t otherwise know our cousin’s kids that live in Montana. The foundation meetings and the family reunions every year allow our family to nurture those relationships. We allot time for each other, and have a structure that supports the family growing together.”

During annual family reunions, members participate in a philanthropic activity as a group. At their last reunion, this activity was to celebrate the family history—“the ties and stories we are all part of, regardless of the foundation,” says Parker. The natural byproduct to sharing stories, she says, is a sustained interest in the foundation and what it’s doing. “Sharing and celebrating our history is part of the legacy of our grandparents and parents—it’s a value that has passed down through the generations.”

Sharing stories comes natural to this family. “Inevitably when we get together, there are stories, and we reminisce about those who aren’t here anymore,” says Parker. It’s an ongoing project to share the family history, she says, and we are becoming more intentional about it.

For example, the foundation often plans its family reunions around certain themes; last year, the theme was family history. “I found and shared a videotape my uncle had made in 1984, where he interviewed my grandparents about their lives. One of the questions he asked my grandparents was: What would you want your grandchildren’s children to know? To which my late grandmother, in the video, answered: If they aren’t doing good in the world, I’ll come back and haunt them!”

At the same gathering, Parker also shared old videos of The Lawrence Welk Show—“the Christmas episodes that we (the third generation) participated on as kids,” she says. “If you can share your most awkward pictures and videos and laugh about it as a family, so much richness can come out of it.”

Another year the family held a scavenger hunt, where family members had to not only come back with specific items related to their philanthropy, but also come up with a story about their grandparents. “Even I heard stories I never heard before, and the kids who didn’t know my grandparents became more engaged, simply by listening to those stories.”

This past year, the foundation hired a consultant firm to collect, cultivate, and characterize the family history. “This involved a special session for the fourth generation where we asked them to reflect on the stories they’ve heard of our grandparents, and answer questions such as: What similar qualities do they see in themselves? What is their story in relation to this family?”

Asking these questions and sharing stories are important, she says.

“We know from studies that kids who are more aware of their family history grow up more resilient. These kids hear that other members of the family have had good times and bad times, and that helps them overcome the challenges they will experience in their own lives,[1]” says Parker.

“Sharing stories and videos has been pivotal for our family. It’s brought us together in a new way, and given us a new sense of shared history,” says Parker. “Celebrating history has gelled the generations.”

Although the stories originally focused on the founders—Parker’s grandparents—the storytelling process has had an added benefit: It’s made room for older living family members to open up and talk about their hopes and wishes for the family and foundation. “In the midst of telling stories from the past, we’re creating and capturing stories that we’ll talk about for generations to come,” she says.

Want more? Be sure to keep an eye out for NCFP’s forthcoming Passages Issue Brief Thrive at Five: The Secrets of Long-Term Family Philanthropy—coming soon.