News and Notes from NCFP’s Friends of the Family Network

News and Notes from NCFP’s Friends of the Family Network 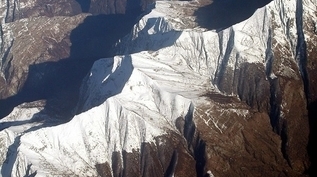 After 25 years of service, Sandy Cardin will be stepping down as President of the Charles and Lynn Schusterman Family Foundation. He will continue to serve as a Senior Advisor to the Schusterman family. Cardin joined the Schusterman Family Foundation in 1994 as Executive Director. He worked closely with Charles Schusterman (z”l) to shape his philanthropic vision and, after Charles died, helped to expand the Foundation. Lisa Eisen will become President of the U.S. Jewish portfolio and Julie Mikuta will become President of the U.S. Education portfolio. Ohad Reifen will join as CEO of the Israel office while David Weil and Justin Korda will stay in their roles as chief operating officer and executive director of Israel work, respectively.

Long-time NCFP Friend Alfred Bader, a refugee who escaped Nazi-occupied Vienna as a young teen in 1938, and later became a chemist, businessman, philanthropist for Jewish and other causes, and an influential art collector, has died. Bader’s charitable giving established a legacy for Jewish education in Milwaukee, including for its day schools. He died Dec. 23 at his home in the Wisconsin city at the age of 94. The Bader Philanthropies has donated millions of dollars to social, medical and cultural institutions in Milwaukee, along with Queen’s University in Ontario, Canada — his alma mater — and institutions in Great Britain and Israel, where his foundation funds research, treatment and care-giving innovations for people with Alzheimer’s disease.

Leticia Peguero will be the new Vice President of Programs at the Nathan Cummings Foundation. Peguero served for nearly six years as the executive director of the youth and social justice-focused, Andrus Family Fund (AFF). At NCF, she will be responsible for leading the development of new philanthropic strategies as the organization reforms its grantmaking to be more responsive and impactful in the modern community setting.

Jennie Lehua Watson will step down as President of the Evelyn and Walter Haas, Jr. Fund at the end of 2018. Cathy Cha, currently Vice President of Programs with the Fund, will serve as President beginning in January. In a press release, Watson wrote “[w]ith a highly engaged and expanded Board of Directors, a visionary and energetic new President in Cathy Cha, and a dynamic and committed group of grantee partners, the Haas, Jr. Fund is ready to write a new chapter in its storied history of partnership and action to advance the bedrock values of fairness, equality and opportunity.”

Dallas CASA grossed close to $500,000 at its annual Judge Barefoot Sanders Champion of Children Award dinner. Honorary chairs Jan and Trevor Rees-Jones presented the charity’s highest honor to the Meadows Foundation for its support of Dallas CASA and 35 other CASA programs statewide. “We can’t solve all the problems, but we can impact them,” said foundation president and CEO Linda Perryman Evans. “It’s been the privilege and honor of a lifetime to serve the Meadows Foundation.” Oil tycoon and philanthropist Algur H. Meadows and his first wife, Virginia, established the Meadows Foundation in 1948. Meadows left the bulk of his fortune to charity, and the foundation has distributed more than $1 billion for a variety of social, health, education and arts causes in Texas. Evans, who is Meadows’ niece, has led the foundation since 1996 and previously announced plans to retire at the end of 2019.

Marissa S. Manlove retired as President and CEO of the Indiana Philanthropy Alliance. She began the role in January 2007 after almost 30 years on the grantseeking side of the nonprofit sector. In a press release, Manlove wrote “[a]s I reflect on the past 12 years, I am proud of what we—members and staff—have accomplished together.has a presence and voice at state and national levels that is recognized by policymakers, community leaders, and our peers.” Claudia Cummings will succeed her as President and CEO.

Rini Banerjee joined the Jessie Smith Noyes Foundation as its fourth president and first woman to lead the foundation. Banerjee brings more than twenty years of experience in social justice philanthropy. As the first executive director of the Foundation for a Just Society, she led the organization from its startup phase to its growth into one of the top global funders committed to advancing the rights of women, girls, and LGBTQI people.

Gayle Williams will serve as interim president of the Grantmakers for Effective Organizations. Williams is the former executive director of the Mary Reynolds Babcock Foundation, a Friends of the Family member organization. She succeeds Kathleen Enright, who is now CEO of the Council on Foundations.

The Rasmuson Foundation has announced grants totaling more than $6.5 million in support of Alaskan communities. The awards include a grant of $112,844 to the Girl Scouts of Alaska to establish a troop at Clare House women’s shelter in Anchorage with the aim of providing more opportunities for girls who experience homelessness; $300,000 over three years to the United Way of Mat-Su for a program that will include afterschool and summer activities as well as behavioral health services; and $649,730 to the Native Village of Unalakleet for construction of a $7.7 million facility that houses services for elders from the village and surrounding communities.