February 2019: News and Notes from NCFP’s Friends of the Family Network

February 2019: News and Notes from NCFP’s Friends of the Family Network 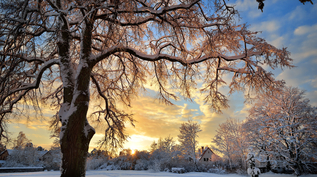 Cathy Cha has officially stepped into her new role as President of the Evelyn and Walter Haas, Jr. Fund. Cha’s work is driven by a career-long commitment to equity and opportunity for families and children. She has been serving as the Fund’s Vice President of Programs for the past two years. From 2009 and 2016, she managed the Fund’s immigrant rights grantmaking. Cha led efforts to bring funders and local leaders together to strengthen the immigrant rights movement in California. Cha succeeds Jennie Watson, who served in the role for two years.

Kyle Peterson announced his decision to leave his post as executive director of the Walton Family Foundation this summer. He will stay in the role for the next six months to help with the transition. In a press release, Board Chair Carrie Walton Penner wrote “Kyle’s commitment to our family, the foundation and those we serve has been evident since the first day he arrived. We are grateful for his energy and devotion, and we appreciate that Kyle has agreed to stay on to lead an important role in the transition as we begin a search for his successor to further WFF’s mission of creating access to opportunity for people and communities.”

The David and Lucile Packard Foundation has announced changes to its monitoring, evaluation, and learning (MEL) work. In 2017, the foundation commissioned ORS Impact to evaluate and re-examine its MEL principles and practice. Based on the report and follow-up discussions with staff, the foundation has fine-tuned its MEL principles to elevate the role of grantees and the communities served by its programs. To that end, the foundation will streamline its internal processes and update its strategy and guidelines to ensure they are useful; work with staff to identify and close gaps in MEL competencies; explore the possibility of awarding grants to strengthen grantee MEL capacity; and contribute to cross-disciplinary MEL field-building efforts.

After four years of service with the Andrus Family Fund, Manuela Arciniegas has been appointed Interim Director. The Fund recently bid farewell to outgoing Executive Director Leticia Peguero. In a press release, Arciniegas wrote “I’ve had the pleasure of meeting and working closely with many of you throughout these years, and I look forward to getting to know more closely those of you in our policy and direct service portfolios.”

The McKnight Foundation has unveiled a new strategic framework. In a press release, the foundation shared that “[b]uilding on the decades-long history and stewardship of this family foundation, we have updated our mission and refined our philanthropic approach to reflect the changing times. Our new mission is to advance a more just, creative, and abundant future where people and planet thrive.”

The Mary Reynolds Babcock Foundation recently announced several leadership changes. The biggest change is the retirement of Deputy Director Gladys Washington later this year. Elena Conley was promoted to Senior Network Officer, effective February first. Conley has been with the Foundation for five years, first as associate network officer, then as network officer, managing several portfolios. In board leadership, Laura Mountcastle takes over from Dr. James Mitchell as President, and Jerry Gonzalez takes over from Laura as Vice President.

The Oregon Community Foundation has announced a new strategic plan aimed at ensuring that low-income children, children of color, and rural children in the state have access to opportunities that lead to stable and successful lives. “We are strengthening efforts to eliminate our state’s opportunity gap, because we know that if kids and families do not reach their full potential, our state cannot thrive,” said the foundation’s president and CEO, Max Williams. “When communities recognize their own capacity to mobilize and solve problems — whether through charitable giving or civic engagement — they create powerful and positive change. This change has a direct link to a child’s economic mobility.”