We are living through a moment of grand scale reckoning. COVID-19 has disproportionately and negatively impacted the health of Black and brown communities; financial and educational disparities are exposed along clear racial lines; state violence and violence by white vigilantes against Black people have inspired sustained uprisings all over the country. Certainly, our country stands before a crossroads and so too does the philanthropic community.

I am both a trustee and the Director of Grant Services at The Homestead Foundation, a small, family foundation based in Atlanta, Georgia. My parents established this giving vehicle in 2009. With $7 million dollars in assets, we’ve been grappling as a family with how to move boldly and urgently in this moment. We believe Black, Southern organizing possesses the brilliance and ultimate blueprint that will lead our country toward the true liberation of all people.

Our colleagues at Grantmakers for Southern Progress opened their transformative 2013 report “As the South Goes” with these words:

“The renowned African-American sociologist W.E.B. Du Bois once said, ‘As the South goes, so goes the nation,’ reflecting the pivotal role the South played in defining America’s character and direction as it stood at the crossroads of civil rights and social, economic and political progress and racial injustice and stagnation…This path toward progress demands a concerted effort to deepen and expand social justice work in the South.”

Seven years later, it’s fair to say philanthropy did not adequately answer the call to fund Black-led, Southern social justice work. As a small, Southern-based family foundation, we were inspired to answer the latest call to action by Black movement leaders in the South and support a new initiative, The Southern Power Fund. Black, Southern organizing continues to receive only 4% of philanthropic dollars. As a family, investing in the Southern Power Fund is a way to interrupt this pattern.

What is the Southern Power Fund?

Four pillar organizations, Alternate Roots, The Highlander Center, Project South and Southerners On New Ground, each with decades long history in the struggle for Black liberation, are challenging philanthropy to raise $10 million dollars in 90 days.

$8 million of these dollars will be redistributed to over 200 Black-led organizations across the Southern region. These include organizations like AgitArte, People’s Advocacy Institute, Smile Trust, Inc., The Gulf Coast Center for Law & Policy, The Ordinary People’s Society (TOPS) and many, many more.

$2 million of these dollars will seed a community controlled fund that will resource Black, Southern-led organizations with eyes toward the future.

Why Did Homestead Get Involved?

This project moved our family for many reasons. The four pillar organizations have decades-long history in building power in Black communities across the Southern region and have the infrastructure already built to receive and move funds. They also have deep and trusting relationships with a vast network of Black-led organizations in the South East. The Southern Power Fund will resource organizations in this particular moment of crisis, while also building a sustainable funding stream governed by the community for the future. We need more participatory grantmaking organizations who fund social and racial justice work in our Southern ecosystem.

The Southern Power Fund has raised over $3 million dollars in the past month, but the vast majority of funds have come from individual donors. Donor networks like Solidaire and Resource Generation have pledged $2 million of this $3 million dollars. Organized philanthropy, however, has largely remained on the sidelines. This genuinely surprised me as giving to any of the four pillar organizations is accessible and easy for foundations.

Small Foundations Can Collaborate for Impact

The Homestead Foundation awarded a proactive $50,000 grant in support of the Southern Power Fund. This is the largest single grant our foundation has ever distributed other than the simultaneous $50,000 grant we awarded to the Movement for Black Lives. Our grant reflects both the urgency of this moment and the importance of standing alongside and behind Black Southern leaders. The leaders of the Southern Power Fund know better than we ever can as grantmakers where to move the money to achieve the deepest impact. We are excited to know our $50,000 will extend to a broad network of Southern, Black-led organizations. While we will continue to directly support organizations in our funding, it felt particularly powerful to invest in such an inventive and strategic collaborative.

We hope by sharing our family’s story, other family foundations will liberate funds in support of Black lives. 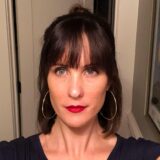