A Tree Grows In Galveston: The Expanding Legacy Of The Harris And Eliza Kempner Fund

A Tree Grows In Galveston: The Expanding Legacy Of The Harris And Eliza Kempner Fund

The major donor legacy issue for the Kempner family is geography. While Galveston is the ancestral homeland for the Kempners, many of the younger family members are no longer interested in or living in Galveston. And while nothing in the Fund's bylaws explicitly states that it must fund in Galveston, the foundation clearly has had a Galveston-centered mantra. This profile from 'Living the Legacy' explores the implications of these and other issues on this fascinating Texan family.

Note: This case study was written and released in 2001 as part of NCFP’s Living the Legacy guide; current circumstances at the foundation may be different than described here.

The year 1987 marked a turning point for the Kempner Family of Galveston. Harris Leon Kempner died. His sister, Leonora K. (“Nonie”) Thompson, became the chair of the fund, after 30 years of being a trustee. At the time, neither Nonie nor the Kempners knew it, but they were about to usher in the family’s golden era of philanthropy.

The roots of the Kempner dynasty in the United States started with Harris Kempner. A Jewish immigrant from Poland in 1854, he made his way to Cold Springs, Texas, worked as a door-to-door peddler, and then leveraged this business into a successful dry goods store. After serving in the Confederate Army during the Civil War, Harris returned to Cold Springs briefly and moved to Galveston, then the largest city in Texas and a thriving port. He married Eliza Seinsheimer, produced eight children, expanded his business, and invested in lucrative industries such as railroads, banking, and cotton.

Harris died at a relatively young age in 1894. His oldest son, Issac Herbert (“Brother Ike,” then 21), took over the family helm with his brothers’ assistance. Under Ike’s guidance, the family businesses continued to grow in number and thrive. Moreover, Ike and his three brothers and four sisters followed their parent’s lead in becoming civic leaders and philanthropists in Galveston. In 1946 two of Harris’s sons, along with three grandsons and a granddaughter, started the Galveston Fund with $38,500. The family renamed it the Harris and Eliza Kempner Fund in 1947 upon Eliza’s death.

Harris Leon Kempner was the eldest of three descendants who carried their grandfather’s name. He lived in Galveston and inherited chairmanship of the fund as well as the overall health of Kempner interests. He was affectionately known as “Bush” because of his bushy hair; he chaired the foundation until his death in 1987.

Although the trust indenture does not place any limitations on its grantmaking, the Kempner Fund’s giving has focused on Galveston County, making grants for local efforts to improve the health, education, culture, and general welfare. The family’s giving preferences over the years have included operating funds, seed money, and funds for small capital needs or special projects. Arthur Alpert, a longtime family business associate and honorary trustee, describes a typical foundation grant in the early days, “Supplicants would come to Bush and tell a story, and he would write a check. Bush began a student loan fund back in the 1950s. Many of the recipients were African students trying to make a better life by acquiring an education in this country.”

New leadership for the foundation

After Harris’s death, with Nonie as chairman, the fund underwent changes that made it more professional and more democratic. During her tenure, the board hired an executive director, which Nonie says was “the smartest thing it ever did.” With professional assistance available, the foundation made great strides: it formalized grantmaking procedures and established trustee terms and retirement ages to make trusteeship available to more family members. Also, advisory committees were inaugurated to involve non-trustee family members in the foundation. During that time donations from the family businesses and astute investing increased the value of the fund’s corpus to about $32 million. Her grand niece, Ann Hamilton, describes Nonie as the quintessential southern matriarch, operating with an “iron fist in a velvet glove.” With foresight and humor, Nonie expanded the family’s vision of what the foundation could be.

There are currently 76 living descendants of Harris and Eliza. Thirteen still live in Galveston, including three octogenarians. A large number reside in Houston, with the rest living outside of Texas and, in some cases, outside the United States. Despite its dispersal, the family has remained remarkably close knit. Each year there is a family meeting on the family businesses, combined with social events for the entire clan. Fund board and advisory committee meetings also take place at this gathering. If that is not enough, every few years there is a “Cousins by the Dozens” family reunion organized by the fund and supported by various Kempner family interests.

The major donor legacy issue for this family is geography. Galveston is the ancestral homeland of the Kempners. The family earned its wealth in Galveston. Generations of Kempners have been its leading citizens and philanthropists. Many of the younger family members, however, are no longer interested in or living in Galveston. And while nothing in the Kempner Fund’s bylaws explicitly states that it must fund in Galveston, the foundation clearly has a Galveston-centered mantra. According to Nonie, with the passage of time, “the fund’s focus will become less and less Galveston-centered. I don’t like it, but I understand it.” However, Galveston-based trustee, Barbara Sasser, feels that maintaining a Galveston emphasis is in keeping with adhering to the original donors’ intent.

Another core of Harris and Eliza’s legacy is their roots in Judaism, which underlie much of the family’s philanthropy. Anne Hamilton observes that despite lots of intermarriage, the Galveston Kempners and the fund continue to support the core Jewish organizations in their community, and one of the fund’s two nonfamily board members is a Rabbi. Ann Hamilton recalls that her parents rarely discussed their charity, but she witnessed their legacy in the way they gave generously to others. Ian Thomas, a 34-year-old, fourth generation Kempner cousin and advisory committee member living in Washington, DC, describes the Kempner legacy in this way, “We were reared with an awareness of philanthropy; if not the specific intent, then at least the spirit of being philanthropic. My mother (Lyda Ann Thomas) and grandmother infused us with the notion that we are blessed—blessed in terms of social standing and financial resources. With that comes the obligation to give back.”

The Kempners take trusteeship and their connection to Galveston very seriously. All the board meetings are held in Galveston. The Kempner philosophy is that “an effective trustee is one who thinks beyond his own interests to what makes sense for the family and for the community.” With that in mind, the foundation board is a work in progress. The fund added two nonfamily trustees in the 1970s. In 1988 it changed its policy from life appointments to nine-year terms for all future trustees and allowed for an honorary (nonvoting) status when life trustees reach the age of 75.

To expose family members who are not yet trustees (especially those in the younger generations) to the workings of foundations and philanthropy, the board started an advisory committee system consisting of several committees: two of them make funding recommendations for proposals addressing environmental and population control needs and one selects recipients for Kempner student loans. Another way that the foundation keeps its dispersed families involved is through its matching gift program. The trustees set aside an amount (currently up to $10,000) for matching family members’ charitable contributions.

Thus, the Kempner legacy of community service and philanthropy began over a century ago with Harris and Eliza. In Nonie’s hands it has flourished and blossomed.” (Although, Nonie demurs, “I inherited a wonderful set of values.”) Now with “dozens of cousins” waiting for their turns to serve, the fund appears to be in good hands for several generations to come. After all, as Ian Thomas asserts, “Who wouldn’t want to have the opportunity to make it rain?”

This special Content Collection shares chapters from NCFP's popular "Living the Legacy Journal," sharing perspectives and stories of families who have explored and adopted the practice of a living legacy across generations. 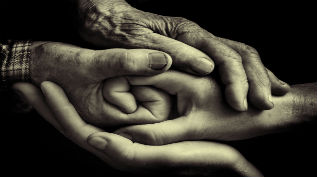