A Vision for Change: Balancing Family Involvement and Community Impact

A Vision for Change: Balancing Family Involvement and Community Impact 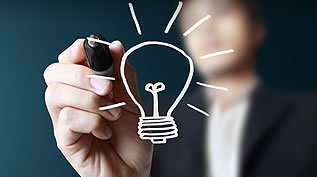 John Sherwin Jr., and his daughter Heather, family trustees of the Cleveland-based Sherwick Fund, know a little bit about effectively governing a supporting organization. The fund that was established in 1973 by John Sherwin Sr., Jack’s father, is the oldest such organization in the United States.

John Sherwin Sr. established a private foundation in 1953 to give back to the community in which he had made his career and raised a family with his wife, the former Frances Wick. Over time, he and his wife determined that the private foundation structure was not meeting all of their philanthropic needs. “My father was actively involved with The Cleveland Foundation,” says Jack Sherwin, “and he realized that having access to its staff would be invaluable in helping his foundation respond to the growing number of requests coming in.

He asked himself, ‘How can our private foundation access the staff and expertise of this public foundation?’ He and his attorney, Norm Sugarman, petitioned the IRS to allow them to do just that.”

Under the terms of Section 509(a)(3) of the Tax Reform Act of 1969, The Sherwick Fund became the first supporting organization in the country. The Fund was originally established as a separate grantmaking entity with approximately $1.3 million in assets. In 1993 the assets of the fund were joined with The Cleveland Foundation, and by March 2001, through subsequent contributions by the family and market appreciation, had grown to nearly $28 million.

Purpose of the fund

“This corporation is organized and shall be operated exclusively for charitable, educational, scientific, and religious purposes, by making distributions which exclusively benefit or carry out the charitable, educational, scientific and religious purposes of The Cleveland Foundation so long as the Foundation and all distributed organizations are organized, and at all times operated, as organizations described in §509(a)(1) or (2) of the Internal Revenue Code of 1954.”
– From the “Amended Articles of Incorporation of The Sherwick Fund”

Board membership and grantmaking decisions

The Sherwick Fund’s Board has five trustees – two chosen by the family, and the remaining three appointed by The Cleveland Foundation (the latter may not be “disqualified persons” with respect to the donor family). This satisfies the condition that the publicly-supported organization retain effective control of the Fund. Meetings are held in Cleveland, and take place at least twice a year.

The Fund’s Code of Regulations also provide for “Successor Donor Members”. This allows the family to continue being involved in the governance of the Fund for multiple generations, and if needed to appoint non-family individuals as temporary “Donor Members” in cases where no family member is ready to become a trustee.

In 1989, when John Sherwin Sr. was ready to step down but no other family member was interested in becoming a trustee of the fund, the family invited former Cleveland Foundation Director, and long-time family friend Homer Wadsworth, to represent the Sherwin family as a donor member. In the early 1990s, Heather began to express interest in the Fund, and in 1994 she succeeded Mr. Wadsworth.

Although the law requires that the public member (in this case The Cleveland Foundation) have majority control of the board, both Jack and Heather say that the relationship between public and donor members is purely collaborative. “It is not in their best interests to disagree with our suggestions,” says Heather, “and it is in our best interests to have someone with skills and connections that are different from ours. There was a gentleman on our board who was an African-American attorney, involved in many areas of the community that we were not connected to. He brought a broader perspective than we alone could bring.”

Jack notes that The Cleveland Foundation is careful to appoint public members who connect with the family trustees in terms of both personality and interests. “We’ve had a couple of cases where members of the board have said, ‘Are you sure you want to do that?’ But there’s never been a case where there was anything that we couldn’t do.”

Jack adds that although his father set up the fund so that only two family members could serve as trustees at any given time, a supporting organization does not have to exclude family members who are not official trustees.

There is nothing that prevents the Board from amending the governing documents to add additional trustees (as long as the public member retains more than 50% of the board membership), or from having separate family meetings to discuss grant suggestions and to have the appointed donor trustees serve as delegates for the entire family.

Heather says that Cleveland Foundation staff recommend many of the Fund’s potential grantees, and provide ongoing guidance on all requests. “If you have questions about the stability of an organization, or the validity of a project, you’re going to get a real answer from a program officer. If you’re running the foundation yourself, often your only source of information is the development officer for the nonprofit.”

Cleveland Foundation staff also arrange presentations and discussions with community experts in many of the key areas in which Fund trustees have expressed an ongoing interest – notably youth development, health, and education.

While the majority of all grants disbursed are made in response to a request from a grantee, trustee-initiated grant dollars have at times been higher in areas such as support for the arts, health, and education. During the 2000 grant cycle, the Fund made 66 grants totaling over $1.27 million dollars. Since 1973, the fund has made nearly 1100 grants totaling more than $16.4 million dollars.

In addition to the administrative and grantmaking support it receives, The Sherwick Fund also benefits from its relationship with The Cleveland Foundation with regard to investments.

“We pool many of our resources with the investment managers of the foundation,” says Heather. “We have nationally-known investment advisors managing our funds, and our performance has been equal to that of the larger foundation.” Jack adds, “You have a lot more say in financial management of the funds than you have with other options at the community foundation. We’re a trust within Key Bank, but we can pull it out in a heartbeat if necessary.”

The Fund pays an annual management fee of one-half of one percent of assets to The Cleveland Foundation for these and other services.

As a supporting organization The Sherwick Fund does not have an annual grants payout requirement. However, in keeping with the spirit and intent of the founder, the trustees of the fund decided on a spending policy of 4.75 percent, based upon an average of the market value of its assets over the 12-quarter period through June of the prior year. Fifteen percent of this payout is for annual and discretionary grants with which the Sherwin family has had long association; thirty-five percent is in response to proposals from organizations and projects in the Greater Cleveland area; and half goes to a cause or issue that the trustees have decided needs special attention in any given year.

An interesting approach the trustees have taken is to give principal grants. These grants are not counted against the annual spending policy, and may be made only for major projects (usually capital) of particular interest to the family and the trustees. In 1999, the trustees authorized up to $4.2 million to be spent from principal over the following five-year period. “I have no interest in The Sherwick Fund becoming the largest supporting organization in the country,” says Jack, in explanation of the rationale behind this decision. “We want to use these funds to benefit Cleveland.” Heather adds that this policy also provides the Board with some flexibility, and reflects the importance that the Fund places on family interests that are consistent with the goals of The Cleveland Foundation. “We have a requirement for these grants that at least one family member is on the board or heavily involved with the grantee.”

Although Jack and Heather are the only family members to have served on the board aside from the donor, they note that other family members are involved in a variety of ways. “My brother Tyler has taken a personal interest in the Fund,” says Heather. “Dad shares financials and other pre-docket information with him, as well as ongoing grant decisions. My mom lives in Cleveland and a lot of the programs and organizations we support are things that she is involved in. It’s all about who takes an interest.” She adds that the board will consider contributing to organizations outside of the Cleveland area – the founding documents allow for up to 20% of grants to be made outside of Cleveland and the five surrounding counties – provided that one or more family members play an active role in the organization.

Still, at the end of the day, Heather says that, “you have to live in the city of Cleveland to officially serve on the Board. You don’t have a lot to add to the discussions if you are just flying in once or twice a year. If my brother returns to the Cleveland area, and expresses interest in serving on the board, my dad and I have talked about rotating membership on the board rather than increasing its size.”

Future of the fund

Jack and Heather are both confident that the family will remain involved in the Fund at some level for many years to come – but only if they are truly interested.

“Don’t bother getting into this if you aren’t willing to participate in running the organization,” says Jack. “If you are interested and committed to being involved and doing something, this is a terrific opportunity for any family.”

Both have made plans to give personally to the fund: it is in Heather’s will, and Jack has a unitrust fund with The Sherwick Fund as one of the beneficiaries. “This fund has been wonderful to us,” concludes Jack. “Being active in the fund keeps us involved in the community and allows us to act on the values of community involvement that have been passed along by my parents. It’s been a wonderful vehicle.”