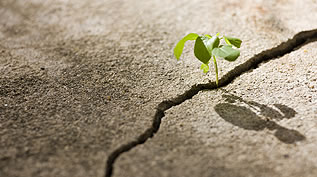 Since its establishment in 1995, The Harry G. and Charlotte H. Slater Family Fund of the Greater Milwaukee Foundation has used small grants and the personal passion of its family advisors to play a catalytic role in support of a broad spectrum of start-up programs focused on aging, end-of-life and palliative care.

“My father, Harry G. Slater, an attorney, served on the City of Milwaukee Pension Board and was always very concerned with what happened to people after they retired,” explains Marcia Slater Johnston, who serves as one of two family advisors to the Fund, along with her husband Roger B. Johnston. “He did a variety of pro bono legal work with seniors, and in the early 1970s he was appointed to a Governor’s commission in Wisconsin that was looking at a new program to have meals delivered to private homes – the program later became Meals on Wheels.”

Slater Johnston explains that the family’s interest in aging issues was further sharpened when her husband was appointed by Mayor Richard M. Daley to the Chicago Advisory Council on Aging, which advises the city’s Department On Aging.

“My husband became very, very interested and impressed with what you could do for older adults with modest sums of money.”

After both of her parents died in hospice care, Slater Johnston and her husband decided to add end-of-life and palliative care as specific components of their overall aging agenda.

“While we’ve never looked at our grantmaking over a 5 or 10 year horizon, one important long-term strategy decision we’ve made is to, if possible, only fund start-up programs. As a small fund that gives modest grants, we’re looking for ways to really leverage our dollars. We find that seed grants to start a program or expand an existing program in a different direction can be a really good way of achieving that goal.”

Slater Johnston says that the Fund’s flexibility has been a great advantage, particularly given their definition of aging. “Aging for us means over 50, so when we’re looking at aging, we’re looking at the period of someone’s life that could possibly last half a century.”

“ ‘Aging’ really touches everything,” Slater Johnston says. “No matter what your foundation’s focus is, you can find a way to incorporate funding programs for older adults into your grantmaking.

“If your foundation primarily funds kids, you can fund an intergenerational program that brings older adults and kids together in some sort of program – whether it’s one that blends a day care center for kids with an adult day care center, or funds high school students who come in to nursing homes and create family histories for residents. There’s a whole variety of things you can do to combine interests. If you fund in education, you can fund a retraining program for those in mid-life (50s, 60s) who are downsized out of jobs, or a learning-in- retirement program. If you fund the environment, you could look at a project to provide green space in a city high rise complex for low income seniors where none exists.”

Slater Johnston credits the Fund’s status as a donor advised fund of the Greater Milwaukee Foundation as being key to its success. “The Foundation staff has been very supportive of our funding in aging and has encouraged our decision to provide seed grants from the Fund,” Slater Johnston says. “We’ve got a great collaborative relationship. Roger and I pass along to the Foundation those grant proposals we think are a good fit with the Fund, and the Foundation staff turns thumbs up – or thumbs down – on funding the projects. I’m happy to say that during our 16-year tenure as donor advisors, every grant from the Fund we’ve recommended has been approved.”

Slater Johnston also points out an important side benefit of the relationship between the donor advisors and the community foundation.

“The Harry G. and Charlotte H. Slater Family Fund was endowed to last in perpetuity as an advised fund of the Greater Milwaukee Foundation,” she says. “Long after Roger and I are no longer living, the Fund will still be making grants to aging programs in Milwaukee. We hope that we will establish over the years a significant track record in funding aging programs. And when we’re gone, we hope the Foundation staff will say, ‘well, this is the kind of aging program the donor advisors supported’ and make grants from the Fund accordingly.”