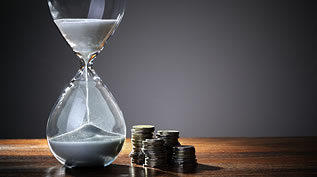 Many family foundations that make the decision to spend out their assets within a limited timeframe say that doing so keeps them focused on the mission, energized, and on their toes.

Bill Roberts, former executive director of the Beldon Fund, speaks for many of the foundations interviewed for NCFP’s Passages Issue Brief on this topic, “Alternatives to Perpetuity: A Conversation Every Foundation Should Have”:

“Having a closing date absolutely focuses the mind. The board and staff feel a sense of urgency that’s exhilarating, and the effect of being unshackled from the 5 percent payout is hugely positive. We’re more flexible, more nimble, more opportunistic now than before we decided to spend out. If we try something and it doesn’t work, we have to figure out quickly how to fix it. Not having the luxury of time has largely worked in our favor.”

Paradoxically, contemplating the endpoint of a foundation’s life can also free the imagination of board, staff, and grantees. Here is the pot of gold, now what can we turn it into? Achievements that might have been pipe dreams on a limited budget may become reality on a bigger budget. Dreaming aloud can elevate the discourse between grantors and grantees and widen the lens through which they view possibilities.

“Foundations that fund programs on an annual basis can become myopic and rigid in their thinking, “says Joe Clark of the Eckerd Foundation. “Operating against a deadline forces you to consider more options and to entertain more alternatives. It keeps you alert and flexible in ways that are hard to maintain when you know the foundation will run forever.”

Grants do not have to be big to pack a punch. Small, strategically targeted grants can yield big results, but there’s no doubt that large sums spent well have the potential of producing major gains more quickly and affecting more lives. By dramatically increasing payouts— either by spending out the foundation or by spending down the endowment over a defined period of years— foundations may achieve results that would have been unimaginable had they kept to the minimum payout requirement.

For all the benefits that can flow from foundations’ making the decision to spend out, it’s important to recognize the downside, too. The most obvious and important disadvantage is the loss of ongoing funding. Every time a foundation closes its doors, its grantees must redouble their efforts to find replacement funds. This can be especially hard on grantees working in specialized fields that only a small number of foundations fund.

Despite the Olin Foundation’s success in reaching its goals and its long history as a reliable friend to conservative institutions, some conservatives have criticized the foundation for closing its doors. They fear that no foundation of equivalent size and commitment will fill the void left by the Olin Foundation. Although the Olin board tried to protect programs it considered most vulnerable by increasing annual support for three years, Pierson acknowledges that the greatest hardship will fall on young conservative scholars eligible for Olin Fellowships.

The Whitaker Foundation funds in an even more specialized field than Olin. Frank Blanchard admits that the grantees were troubled when the foundation announced its plan to close:

“[Grantees] were concerned about what would happen to them when we weren’t around because no one else was supporting the field the way we were. But since then, other organizations have increased their support for biomedical engineering and things are definitely looking brighter. There’s more funding available now and biomedical engineers are more optimistic, but they still wish we weren’t closing.”

The loss of a funding source is always alarming to grantees. But, as Alice Cottingham, executive director of the Girls Best Friend Foundation says, the loss is greater than the funds alone. “We are doing everything we can to ease grantees’ anxieties, but we know that, ultimately, our closing is a hardship for them. These are groups with whom we’ve cultivated relationships. We’ve been their ally as well as their funder.”

Advice on spending out: from one colleague to another