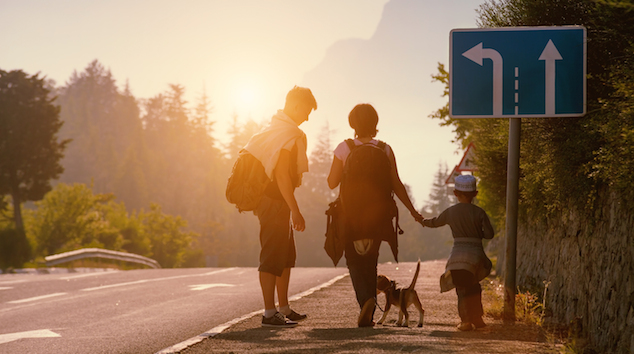 Laura Winter served for many years as Vice President for Donor Relations at the Oregon Community Foundation, and also served on the Advisory Committee for NCFP’s Online Guide to Family Philanthropy and Donor Advised Funds. In this collection of case examples based on one or more real-life donors (names and other details have been changed to protect anonymity of OCF donors), Laura shares insight into many of the various reasons that donors and families establish DAFs as a core part of their philanthropic strategy.

Using a DAF to Provide Focus for Personal Giving

Sarah Jones used highly appreciated stock to begin a step-up fund. At $5,000 per year, it would take her five years to build her DAF to the $25,000 minimum required to create a permanent endowed named fund at the CF.  With each stock gift she made sure there was an additional $20,000 in the fund to continue to support a long list of nonprofits she cared deeply about with annual modest gifts. Sarah referred to her style of giving as the “peanut butter” approach – spreading a little bit around for everyone!

Coming to the community foundation was a big transition for her and was the first time she organized her philanthropy. Over time, Sarah allowed staff to help her become more targeted and strategic in her giving, reducing the number of organizations and increasing the size of each gift to target opportunities that aligned with her values. During the journey with her relationship manager, she was introduced to Social Venture Partners where she dove in and found her peer group, and began learning more about the nonprofit sector. She enjoyed offering her business expertise as a volunteer to SVP funded organizations. Her fund is now well-over the $25K minimum yet she continues to build her legacy with an annual gift. Staff are now helping with a legacy statement to ensure that the DAF will continue to represent her values and interests.

Couple Builds Family Philanthropy One DAF at a Time

Initial conversations with Mary and Jim Landley indicated a deep interest in building a DAF where the entire family would participate. They saw it as a powerful vehicle that could bring the family together and create a unity of vision for the family’s resources. Mary and Jim have four adult children, three of whom are married, two who have children, and one who is a single parent with an adopted child. Staff worked with Mary and Jim to vision forward to when they would no longer be around – drawing a schematic of possible scenarios when their adult children were in the driver seats. Staff drew a decision tree with votes for each family member (spouses included) and Mary and Jim quickly comprehended the power dynamic of having unequal votes within the family units.

Eventually, the Landleys decided to create four separate but equally funded DAFs – one for each of their children to create a family philanthropy program with their own family. Once a year at a family holiday gathering the individual families are invited to share with the larger group updates on how they are using the fund and how they are involving the Landley grandchildren. Mary and Jim have decided to continue managing their personal giving through their checkbook, with a good portion of their estate pointing to equal distributions to the four DAFs. Mary, Jim, and CF staff are encouraging the four adult children to add to their funds, and the nine cousins/grandchildren are beginning to express an interest in having a temporary fund where they can experiment working and giving together as cousins.

Donor Creates Family Philanthropy One DAF at a Time

Henry Jones, who is now close to 90, used estate planning to create DAFs while he was still alive. He is a widower with four adult children, two with families of their own and two who are single and intend to remain unmarried. Through several conversations with Henry, it became clear that he felt he had provided for his children and his many grandchildren and did not want to leave additional inheritance.

Equity within his family is a core issue for Henry. He has established trusts and education funds for the grandchildren and recognizes that two of his adult children were “shorted.”

Henry also recently made the difficult but necessary decision to stop giving publicly. He recognized that because of his age he is aggressively targeted by development staff who do not know him and by institutions he has never supported.  Instead, CF staff worked with Henry to open four DAFs – one for each of his adult children – Mary, Sue, Betsy and Joe. Staff worked with each one independent of the others to craft a fund agreement that permits the grandchildren to advise when the time comes. Additionally, fund agreements were structured so that Mary, Sue, Betsy or Joe could ask that whatever balance of their DAF remains at the time of their death would be divided up, making equal contributions to the remaining fund(s) in equal portions.

Staff further assisted Henry through negotiations with a major education institution in the state to establish an endowed fund for a program that he was passionate to see continue. The institution is managing the endowment rather than the CF; in this case it did not make sense for the CF to be the go-between. Each year in November, Henry contributes additional funds to the 4 DAFs and to the endowment fund, drawing down his estate and building the family’s philanthropy. To help ensure continuity and consistency, staff attend an annual family meeting where each family talks about their passions and how they are using the DAFs.

This was an active four generation family foundation (with two great great grandchildren on the way) who established the following structure to offer a variety of vehicles and options for giving:

Each one of the four adult children have their own DAF for their immediate family. There is also a general family DAF through which the cousins (grandchildren) who are involved with the supporting organization or family council have an allocation for their own grantmaking. Two of the grandchildren have also recently established their own DAF for their immediate families. The adult children of Linda and George, the deceased matriarch and patriarch, will often come together as a group to leverage each other’s DAF dollars to collaboratively fund a project or an issue.

Cindy and Doug Shipper have three adult children (Jim, John and Justin), and eleven grandchildren.  Cindy and Doug created the Shipper Family Foundation through their estate plan. Two years into the start-up of the foundation, Jim, John and Justin decided it was too much for them to manage.  They no longer live in the state where they were born and raised, and they are all running their own businesses. The brothers approached the CF and embarked on a series of exercises to build a large DAF to recognize the legacy of their parents. Staff conducted individual and group interviews with the cohort of brothers to lay the groundwork for additional visioning exercises and analysis.

A unanimous concern is the involvement of subsequent generations.  Staff worked to rewrite the family’s mission statement and create a roadmap for them to follow, complete with plans on when and how to invite the next generations to the table. In addition, staff helped with the creation of a legacy giving program to support a handful of organizations that were important to their parents, Cindy and Doug. The refocus of their grantmaking has opened new community opportunities to support basic services and small arts organizations.

The grandchildren (cousins) work in two cohorts, each with a grant budget that requires a consensus decision about the distribution of those funds. Each of the cohorts have their own philanthropy program and tract for learning created in partnership with the CF staff. Once a year the two cohorts come together for a service learning project and to discuss their giving.  The grandchildren are expected to use the mission and value statements to make their grants.  A work session is scheduled for next year for the entire family to revisit the mission statement and contemporize it.

A young couple had invested in a tech startup and at the IPO they set up a DAF with shares of the stock. When the stock sold, the DAF had liquid assets to begin grantmaking. It was important to this couple to involve their three young children (ages five, seven and 10) from the very beginning.  While they did not discuss the size of the DAF and their net worth, they did talk about the ability to give money away as a privilege. Staff organized a couple of site visits for the family to places the children had already experienced. The differences were that staff of those places spoke to the children about their organization. The children learned that the zoo needed money to feed the animals, etc. Their parents then asked each child to bring the name of one organization to the dinner table to discuss. Once they had reached their decisions, the family held a meeting with CF staff, and the children shared the names of the organizations they picked and why.

Generation Skipping DAF Established to Help Grandparents Give Alongside Grandchildren

A DAF was established as a way for grandparents to work with their grandchildren. Shirley and Norm Mahoney were the primary caregivers for daycare and out of school time for their grandchildren, so they thought it would be an additional layer of fun to have activities around giving. They organize their own site visits which are typically to organizations that they would already go to – the Zoo, the Children’s Museum, a local water park. As part of each visit, they ask that a volunteer speak to the children about the organization behind scenes and how money was necessary for it to function. This fund has been in operation for more than 10 years and has taken on different flavors as the grandchildren have aged. The Mahoneys report that they have noticed an increase in empathy in their grandchildren as they’ve grown.

The grandchildren are the successor advisors on the fund and are unaware of the size of the estate gift that they will have the opportunity to advise on. Shirley and Norm are approaching their mid-80’s and beginning to turn all of the decision-making over to their grandchildren. Recently the grandchildren interviewed Shirley and Norm to create a lasting record of “why” they did what they did and how they made their money. Staff worked with the grandchildren to organize a videographer and develop the questions they most wanted answered.