Learning from a Flop: One foundation’s plan for embracing the next generation

Learning from a Flop: One foundation’s plan for embracing the next generation 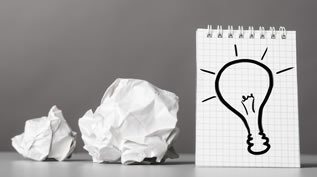 Lorre Polinger and her siblings are facing a common challenge in family foundations: how to engage their combined nine children in the family’s philanthropy.

Founded in 1968 by their parents, Geraldine and the late Howard Polinger, the Polinger Family Foundation is currently governed by five trustees: Geraldine and her four children, including Lorre, who has been president for the past 10 years and staffs the foundation. The third generation has come of age and the family is creating pathways for them to participate in the family’s philanthropy.

According to Mary Phillips, President of GMA Foundations and consultant to the Polinger Family Foundation, “Succession is a process, not an event.” The Polinger family began to work on its succession process five years ago. Howard was in his late 80s, and the family knew that time was running out. The siblings sat down with their parents to help them decide what current practices they wanted to hold on to, and what they could give up to make way for the next generation. Lorre interviewed her parents as part of an intergenerational family gathering and then, with the assistance of trustees and a foundation consultant, worked together to develop a written legacy statement. The founders mailed it to each grandchild, who ranged in age from mid-teens to late 20s, with an invitation to join the work of the foundation.

So you want to be a trustee

The Polinger Foundation wanted to make sure that board membership is seen as a serious obligation, and that trustees bring value to the board, so they set a fairly high bar. To be eligible to become a trustee, the grandchild needs to be 22 years old and to have completed:

Getting their feet wet: discretionary grantmaking

“When you plan for bringing on another generation, it isn’t always successful the first attempt,” Lorre Polinger said. “In the beginning the trustees designated a pot of money and thought that the third generation could come together and find one idea and fund one big program. Well, it was a flop… the kids did not have enough familiarity with giving or with one another to be able to do that.”

That “flop” led to the development of the Third Generation Discretionary Program. Each grandchild is allotted a relatively modest sum of money to allocate, whether to one organization or to several. If the cousins and siblings collaborate to fund some of the same organizations, then they are given a match by the foundation. If the grant is outside of the mission statement, the match is limited to two to one. The match can go all the way up to eight to one—as high as the number of grandchildren that participate—if the shared grant is within the foundation’s mission. Collaboration is allowed on every grant, no matter how small the size.

“If you allocate smaller sums across broader numbers of organizations, you can really leverage some significant money from the foundation,” notes Phillips.

The Polingers are pleased with the success of their program. Initially, the third generation didn’t understand the mission statement very well. By the third year, they understood the mission better, collaborated more, and submitted written rationales for why they wished to direct funds to their causes and organizations.

This program, in turn, has led to some vigorous debate about the parameters of their mission statement, which initially said that funding would be allowed to social service programs that helped families, but only in the Washington D.C. area. The trustees then had to wrestle with whether it made sense not to exclude the next generation’s commitment to their own communities. That guideline was eventually changed. They also debated whether funding aid to Darfur would count as Jewish giving, if it was thought to be supporting victims of genocide. Polinger reports that this feedback between the generations “helped crystallize the donors’ intent.” Setting out the succession plan was a highly interactive process, in which the trustees sought feedback from the next generation members and responded in turn.

Polinger wonders how the addition of new board members will affect the current balance of the board, which took a number of years to create. While they had agreed that they would not mandate branch representation, and try hard not to advocate for particular grandchildren, some second generation members will be sad that their children are not participating. Since the third generation has already been reinterpreting the mission statement to incorporate new ideas, it is almost guaranteed to happen once they land on the board. She predicts it will be a struggle to “straddle between the donor intent and the new initiatives of our third generation.”

Next, Polinger is looking at a succession plan for an executive director. Currently, as president, many of the responsibilities that would fall to an ED are hers, but she thinks that as her father’s estate continues to enlarge the size of the foundation, the set up will have to change. Finally, the board has talked a little bit about the fourth generation. They’ve tentatively decided that while the entire third generation is invited to serve as Trustees, owing to their personal relationship with the founders, this probably will not be the case with the fourth generation, since this would create too large a Board.

Asked how she would define the success of their succession planning, Polinger said, “That we would have continued board harmony, that there would be satisfactory integration of the new third gen trustees, and that the third generation was enjoying their participation on the board. Because this, after all, needs to be meaningful and enjoyable for people to want to commit the amount of time that they need to put into running a foundation.”