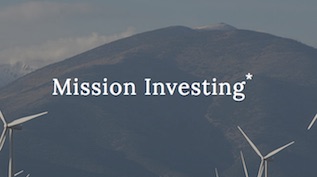 Wallace Global Fund (WGF), a private foundation founded by Henry A. Wallace, Vice President of the United States under Franklin D. Roosevelt, and further endowed by his son Robert B. Wallace, has been at the forefront of this recent trend among foundations to re-allocate their entire portfolios into “mission-related investments.” Wallace is currently in the process of gradually shifting 100 percent of its assets into investments that support its mission – “to promote an informed and engaged citizenry, to fight injustice, and to protect the diversity of nature and the natural systems upon which all life depends.”

This Content Collection features stories and resources on impact investing and related strategies, including replays of past NCFP webinars on this topic, past NCFP blog posts, and additional resources, guides, and samples from those in our network.