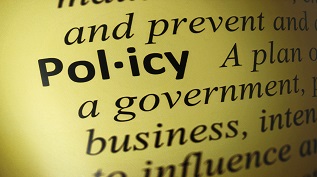 The Officers, Board of Trustees and Staff of the R. Howard Dobbs, Jr. Foundation recognize that they play an important role in their communities.  Because of the trust that the public places in the organization and in the individuals who operate it, certain obligations follow.  Officers, Trustees and Staff are obligated to comply with the highest ethical standards, and as outlined in this Code of Conduct, they agree to act in such a way that will, without question, uphold the reputation of the Foundation.  The values of the Foundation inform and guide the actions of its Board and Staff, and by following this Code of Conduct, the Foundation and its representatives can demonstrate its genuine commitment to the public interest.

I. Personal and Professional Integrity
The Trustees and Staff shall act with honesty, integrity and openness in all their dealings as representatives of the Foundation.  The Foundation values respect, fairness and the highest professionalism in every aspect of its work.

II. Legal Compliance
The Foundation and its representatives shall conduct themselves in a manner that complies with all applicable laws and regulations in the various communities in which it operates.

III. Governance
The Foundation has an active and independent governing Board of Trustees responsible for setting its mission and strategic direction, as well as providing oversight of its finances, operations and policies.  All Officers, Trustees and Staff adhere to the Foundation’s bylaws.

V. Responsible Stewardship
The Foundation manages its funds and resources prudently and serves as a responsible steward of its assets.  All reports, documents and financial statements reflect accurate reporting to the public.  The Foundation’s stewardship complies with the spirit and intent of its founder, R. Howard Dobbs, Jr.

VI. Openness and Disclosure
The Foundation provides accurate, comprehensive and timely information to the public, the media and all stakeholders and responds in a timely manner to reasonable requests for information.  Information made available by the Foundation will accurately reflect its policies, funding priorities and application requirements.  Basic information about the Foundation, such as the Form 990 and audited financial statements, will be posted on its website or otherwise be made available to the public. All financial, organizational and program reports will be complete and accurate in all material respects.

VII. Nondiscrimination and Inclusiveness
The Foundation promotes diversity and inclusiveness in all of its employment practices.  It supports a working environment where all employees are valued, treated fairly, and given the opportunity to use their talents and abilities.  Foundation leadership recognizes the increasing cultural diversity of the communities served and, within the limits of the stated focus areas, the Foundation seeks to reflect this diversity in its grant making, as well as Board membership and Staff composition.

VIII. Grantmaking
The Foundation endeavors to deal respectfully and fairly with applicants, grantees and donors, as well as those simply seeking information about its programs.  Officers, Trustees and Staff should be thoughtful and purposeful in grant making and periodically review and evaluate the Foundation’s mission, priorities, policies, and practices.  The Foundation works to foster constructive relations with charitable partners based on mutual respect and shared goals, taking into consideration the varying organizational capacity and needs of those partners.  Officers, Trustees and Staff respect the confidentiality of applicants, grantees and donors and use discretion in communicating with others about specific organizations and individuals.  All individuals associated with the Foundation will act responsibly toward the communities in which its works and for the benefit of the communities it serves.

IX. Implementation
Compliance with this Code of Conduct is a term and condition of membership of the Board of Trustees, as well as the employment of any Officer or Staff member.  Any Trustee, Officer or employee who believes this Code of Conduct has been violated is obligated to promptly report their concerns to the Chairman of the Board and/or the Foundation’s legal counsel.  All reports of a suspected violation will be investigated and acted upon in confidence to the extent possible.  Upon completion of the investigation, the Foundation will take such action as it deems appropriate under the circumstances.  If it is found, as a result of a thorough investigation, that a Trustee, Officer or employee has violated the Foundation’s Code of Conduct, he or she may be subject to disciplinary action up to and including dismissal.  Violations of this Code of Conduct may also constitute violations of law, which may expose both the individual in question and the Foundation to criminal or civil penalties.  The Foundation will not tolerate retaliation against any individual who makes a good faith report or who cooperates with the investigation of a complaint.