Barbara Sieck Taylor became executive director of Grantmakers of Western Pennsylvania (GWP) in October 2007. As a grantmaker, she served as a program officer for the DeWitt Wallace Fund (now the Wallace Foundation) and for the Greenwall Foundation, both based in New York City. After working as a grantmaker, Taylor was Director of Development for Lincoln Center for the Performing Arts and subsequently directed national fundraising for the cultural programming division of National Public Radio for eight years. Since 2005, she has been a member of the board of directors of New Field Foundation, which makes grants to support rural African women in post-conflict regions in west Africa. Taylor is a graduate of Leadership Pittsburgh XXVI. 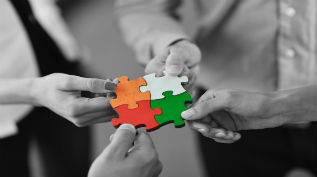 Like many regional associations of grantmakers, Grantmakers of Western PA (GWP) was created to help those working in philanthropy connect with and learn from one another.  As GWP approaches its 30th anniversary, the people interested in making smart community investments have broadened well beyond professional grantmakers… Read More