Dean Phillips is Chairman and co-owner of Talenti Gelato, America’s 3rd largest premium ice cream brand and the world’s best selling packaged gelato. Previously, Mr. Phillips served as President & CEO of Phillips Distilling Company, representing the fifth generation of his family to manage the business established by his great-great-grandfather in 1912. During his tenure, he participated in the creation and development of Belvedere and Chopin Vodka, sold to Louis Vuitton Moet Hennessy (LVMH) in 2005, and introduced UV Vodka – now one of America’s best selling distilled spirit brands. Mr. Phillips serves as a Director of Winmark Corporation (WINA), a publically traded, retail franchisor and leasing company, and on the Board of Advisors of United States Distilled Products Co. and Rational Energies, a next-generation refiner of transportation fuels derived from municipal solid waste.

Community and civic service are integral parts of Dean’s life. He is the immediate past-Chair of the Board of Directors of Allina Health, Minnesota’s largest healthcare provider, and former Chair of its Investment and Philanthropy Committees. He currently serves as Co-Chair of The Jay & Rose Phillips Family Foundation and The Edward J Phillips Family Foundation of Minnesota, among Minnesota’s largest private philanthropies, on the Board of Advisors of The Minneapolis Parks Foundation, and on the President’s Circle of The Hennepin Theatre Trust, among a number of other nonprofit board positions. Mr. Phillips holds a B.A. degree in Urban Studies from Brown University and an M.B.A. from the University of Minnesota’s Carlson School of Management. 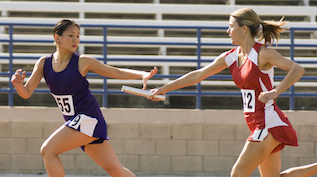 Every family philanthropy experiences the joy, the sadness, the complexity, and the energy of transitions. Moving toward new leadership in the family can be difficult, emotional, and sometimes frustrating. However, when it is done deliberately and thoughtfully, these times of transition can also be positive for all involved. … Read More