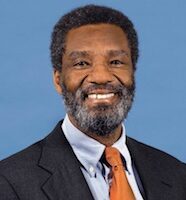 Mr. Tollerson served as a trustee of the Nathan Cummings Foundation (NCF) from 2004 to 2013 including a three year term as board chair; he also served as NCF’s Interim president and CEO from July 2014 until November 2015. In that capacity he helped to expand NCF’s focus on climate issues and environmental equity.

Mr. Tollerson is the former Director of Environmental Sustainability and Compliance at the Metropolitan Transit Authority (MTA), where he led work on a Blue Ribbon Commission providing a rationale for environmentally sustainable business practices at the MTA, which is North America’s largest transportation network.

In his nearly 25 years as a journalist, Mr. Tollerson was a reporter and editor for a number of newspapers, including the Philadelphia Inquirer, New York Newsday and The New York Times, where he was first a national correspondent and later a member of the editorial board.

Mr. Tollerson currently serves on the boards of the Hudson River Foundation, the Environmental Grantmakers Association, the South Street Seaport Museum and the New-York Historical Society. 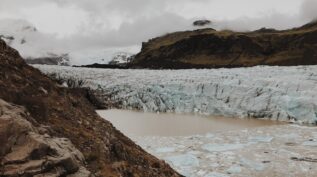 This article was originally published by Inside Philanthropy and is re-posted here with permission. The recent IPCC report couldn’t be clearer: The world needs wide-scale, transformative action, swift action, to ensure we don’t blow past the critical 1.5 degrees Celsius rise in average global temperatures. Mobilizing nations and market forces to achieve this goal, however, should not blot out America’s real-time responsibility to… Read More