Jay Hutchins is the Associate Director of Policy at the United Philanthropy Forum. Jay brings with him an extensive record of public policy development and issue advocacy. His background reflects a lifelong commitment to public service and civic engagement. Jay has served as a senior advisor and director of government affairs at the Maryland Department of Labor, Licensing and Regulation where he led efforts on issues including retirement security and employee protections. At the Greater Baltimore Committee, a regional business advocacy organization, Jay successfully advocated for a record increase in Baltimore City school funding and the passage of public-private partnership legislation. Earlier in his career, Jay held government affairs positions both in and outside of government with a focus on education and workforce issues. He lobbied Congress and the White House for Goodwill Industries International and before that served in the Clinton Administration as an appointee to the Peace Corps. Jay holds a law degree from Howard University School of Law, and a bachelor’s degree in political science and public administration from Winston-Salem State University. He lives in Montgomery County, Maryland with his wife and their two children.

Policy Changes in the Pipeline: How Will New Proposed Legislation Affect Family Giving? 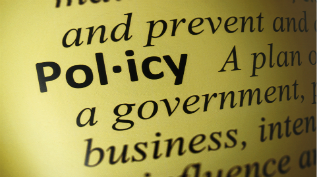 Tax reform and policy changes are complex topics to understand. How can proposed tax reform affect the work of your foundation? What policies about charitable giving should giving families know about and consider? Are there steps giving families can take to prepare? Join John Mullaney, the Executive Director of the Nord Family Foundation as he interviews: Sandra Swirski, Executive Director… Read More