Lynne J. Doblin has served as Executive Director of the Richard and Susan Smith Family Foundation since 2011. She has been with the Foundation since 2003, serving previously as Program Director and Program Officer. She currently serves as Vice Chair of Associated Grantmakers.

Prior to joining the Smith Family Foundation, Ms. Doblin worked as a senior manager at the City of Charlotte, NC. During her tenure there, she led the city’s housing, job training and economic development programs and administered city contracts with community-based organizations. In previous positions she served as a lobbyist for two nonprofit organizations in Washington, DC and worked in international development for a non-governmental organization based in Geneva, Switzerland.

Her educational background includes a Master’s in Public Administration from Harvard University’s Kennedy School of Government and a BA from Duke University.  She lives in Belmont, MA and is married with three children.

Relationship Between the Board Chair and CEO 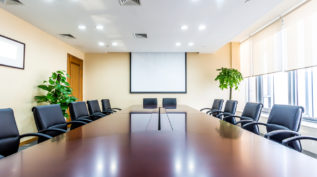