Peter Pennekamp has explored and worked to advance an inclusive American experience in his career in the arts, radio and philanthropy and is a founder of Community Democracy Workshop. He has held prior positions at the National Endowment for the Arts, National Public Radio, the Humboldt Area Foundation and Humboldt State University. His favorite efforts for change before the Community Democracy Workshop include the National Task Force on Touring and Presenting the Performing Arts, which sought to advance the performances appearing on America’s stages to reflect the contemporary American experience; Working Group on the New American Sensibility with a similar purpose on radio and in the Humanities; Wade in the Water, a 26 hour radio series on Music of the African American Tradition, a Peabody Award winning partnership between NPR and the Smithsonian Institution with host and director Dr. Bernice Johnson Reagon; Heat with John Hockenberry, which also won a Peabody Award with Senior Producer Ira Glass; Creation of the Culture Desk within NPR News; and performing the media policy analysis of the world’s failure to prevent genocide in Timor Leste that led to the Global Forum for Media Development.

The Promise and Challenge of Community Democracy 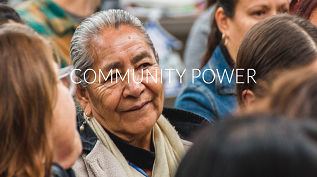 Across the field, philanthropy and other potential change-making institutions have grappled with implementing place-based initiatives and funding community-transformative systems. … Read More