Peter Storer, Jr.,  has spent most of his life involved with media and computer systems in one manner or another. Raised in the broadcast industry, the oldest of four, Peter attended Hotchkiss and Harvard, earning a BA in Economics in 1976 while working at the student run Harvard Radio Broadcasting (WHRB) and the Harvard Video Center.

After graduating, he joined CBS Network Sales where he worked in planning and developed one of the early computerized systems for sales planning. He then joined the “family” business, as Director of Research for Storer Television Sales, and later was made National Sales Manager for the Storer station in Milwaukee, WITI. A year later in 1986, the company was a victim of a KKR LBO and Peter left to start his own software firm that specialized in systems for broadcast channels and cable networks.

In 2012 he sold the company to an international competitor and is now a consultant for MediAnswers specializing in Broadcast system integrations for numerous major industry clients. Peter has also served on several non-profit boards, including his church, University School of Milwaukee, the Bel Canto Chorus and for the past several years the family foundation. Currently he is a trustee of the Storer Foundation and its Chairman.

So Far So Fast – a Family Foundation Finds Its Focus 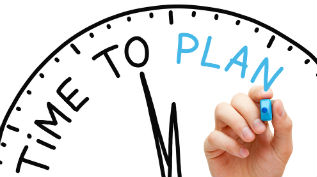 How does a family foundation with no defined mission, no staff, no structure and a family that was never brought into the fold pull itself together to fashion a high performing foundation in under 4 years? Hear the remarkable story and the lessons learned featuring the steps taken, professionals and organizations engaged, and the just plain hard work required to… Read More