Robert D. Putnam is the Peter and Isabel Malkin Professor of Public Policy at Harvard University. In addition to teaching, he is a member of the National Academy of Sciences and the British Academy, and past president of the American Political Science Association.  He has received numerous scholarly honors, including the Skytte Prize, the most prestigious global award in political science, and the National Humanities Medal, the nation’s highest honor for contributions to the humanities.  He has written fourteen books, translated into more than twenty languages, including Bowling Alone and Making Democracy Work, both among the most cited publications in the social sciences in the last half century. He has consulted for the last three American presidents, the last three British prime ministers, the last French president, prime ministers from Ireland to Singapore, and hundreds of grassroots leaders and activists in many countries. His latest book, Our Kids: The American Dream in Crisis, on the growing class gap among American young people, was published in March 2015. 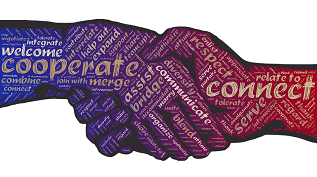 A wealth of studies shows links between civic health and economic and educational success, public health, safety from crime, and good government...Civic energy is going to have to come from the ground up to strengthen social cohesion, civic participation, and our ability to solve big challenges together… Read More