In the early 1900s, Roy A. Hunt worked his way up from mill clerk to president of Alcoa, the company his father helped found. After establishing The Hunt Foundation in 1951, he established the Roy A. Hunt Foundation in 1966 as an endowed resource so that future generations could be involved in charitable giving as a family. (The foundations merged in 1994). Three generations of Hunt family members now serve as trustees, continuing the Foundation’s mission of supporting organizations that strive to improve the quality of life. The Foundation annually grants $3 million in the United States, primarily through proposals invited by the trustees and through the Foundation’s special initiatives. 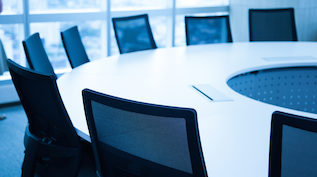 Harmonious agreement on grants is not always possible within a family foundation with diverse granting interests. Trustees sometimes struggle to develop strategies to guide the consideration process when points of view differ. This policy from the Roy A. Hunt Foundation provides a framework for managing “controversial grants” from the family board member perspective… Read More