Tim Ober was elected President of the Board of the Mardag Foundation in 2000, after serving on the Board of Directors since the foundations’ incorporation in 1992. Mr. Ober is the grandson of the founder of the Mardag Foundation, Agnes E. Ober. He also serves on the Minnesota Council on Foundations Board of Directors, currently chair of the Government Relations/Public Policy Committee, and the board of Park Square Theatre. In the past, Mr. Ober has served on the boards of several non-profits including the Boys and Girls Club of the Twin Cities, and the Dodge Nature Center in addition to serving in various capacities for other non-profits including the Como Friends, and Ballet Minnesota. Additionally, he has served as a member of the Minnesota Council on Foundations delegation for the Foundations on the Hill conference.

Families and Community Foundations Working Together 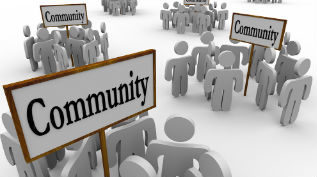 Families have a special connection to the communities in which they live, and families engaged in philanthropy often have lasting relationships with their local community foundation. Community foundations play many roles – convener, advocate, strategic grantmaker, and donor advisor, to name just a few… Read More