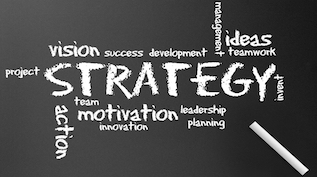 Checks landing in the mailboxes of nonprofit organizations with foundation return addresses have long been considered philanthropy’s most important currency. Reflecting that view, family foundations have tended to focus their operations, self-image, and their very reasons for being on getting the dollars out the door.

The National Center for Family Philanthropy’s 2015 Trends survey seems to confirm this with the finding that by far the most common activity of family foundation boards is grantmaking deliberation: 90 percent of family foundations, regardless of age or size, indicate this is where they spend most of their time and energy. It’s not for nothing that the Surdna Foundation and thousands of other family foundations are called grantmakers: we make grants.

Lurking behind that 90 percent, though, is another story—it’s the natural tendency to conflate family governance of a foundation and strategic control of its mission with control of the grantmaking function. What’s presumed is that the sole expression of a foundation’s work is its grantmaking, and therefore the family’s key control mechanism is approving grants.

For smaller foundations with more modest budgets, this can feel right. With smaller staffs—or none at all—where the capacity to engage in work other than grantmaking is limited, this presumption that grantmaking oversight is the right level of governance is often accurate. But many of today’s family foundation boards are doing so much more than deliberating about grants.

Before the Surdna Foundation added professional staff in the late 1980s, and really for the 15 years following our professionalization, board meetings were mostly spent reviewing grants. And, our board books were telephone directory-sized tomes with hundreds of pages of highly detailed grant recommendations served up for the board’s review and approval. So our board’s experience from that era is not so dissimilar to what the NCFP Trends data reveals: our board, at least, was mired in transactional tasks.

But three things happened that changed that dynamic at Surdna. First, the board recruited and developed a high-quality, high-capacity staff and spent a good deal of time building trust that the work staff were doing was deeply connected to making progress toward Surdna’s mission.

And, throughout the 1990s and early 2000s, our assets grew, which in turn increased the sheer volume of our grantmaking. But no grant recommendation became a grant until it was approved by the board. So, the board’s workload—almost all of it transactional—increased as well.

During this period it became more and more difficult for individual board members to keep track of all the grants they were expected to review and approve. The highly transactional nature of grant approval became more apparent as the volume increased. Many board members were left with a feeling that their meaningful input declined in direct proportion to the increase in the number of grants.

The third change that altered the board’s relationship to its work was the introduction of non-family members around the board table. Based on their experience as executives at other foundations, these non-family board members helped other trustees come to the realization that, in practice, the review of grants was becoming a largely ceremonial—almost rubber stamp—exercise. In fact, when they got to talking about it, board members couldn’t recall rejecting a grant that was put before them anytime in the previous 15 years. All this is to say, the board’s most meaningful engagement was really happening—and should happen—at the level of strategy.

Why are we doing the things that we’re doing? Are we making the right kinds of investments? What are the leverage points we see as an institution? These were the sorts of strategic questions that engaged the board and where they had the most to offer. Reviewing scores of individual grants each quarter simply wasn’t the best way to take advantage of their knowledge, insight and considerable experience. Nor was it necessarily the most useful unit by which to measure their engagement.

This was breakthrough thinking for our board, which happened as a result of Surdna becoming a larger institution with top-level talent, a well-thought out and strategic mission, and a clear articulation of its program goals. In this context, the board turned its attention to strategy and de-emphasized their focus on grant transactions and approvals. Under a newly revised system of engagement, program oversight, and learning, I now approve all grants under a $200,000 cap, freeing up the board’s time to focus on strategy implementation. They have far more time now to focus on the “back-end” of grantmaking—what we’re learning, what didn’t work as planned, and how we’re making progress. And, they continue to “touch the work” through site visits and regular interaction with grantees during quarterly program committee conference calls.

Surdna’s board is not unlike so many other family foundation boards whose grantmaking deliberations are really a misnomer. It is spending increasing time and energy where it can have the most effect—on matters of strategy and learning. It’s catalyzing partnerships, asking hard questions about impact, asking for evidence—and it’s still getting those checks out the door.