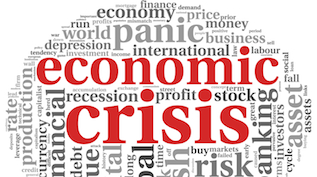 The recession that began in 2008 caused philanthropic assets for most families to decline sharply. Program plans for 2009 and 2010 were disrupted, forcing many philanthropic families to cancel new initiatives, respond to pleas from longstanding grantees about cash shortfalls, and swing rapidly toward support of basic human needs. Families who operate foundations, donor-advised funds, and other formal giving vehicles responded promptly and generously to community needs. By and large, families acted to protect philanthropic assets, canvassed their grantees to assess the damage, reorganized grantmaking policies and programs to meet immediate community needs, and suspended time-consuming application procedures to speed up the granting process. Many families also made the difficult decision to put long-range programs on hold and diverted funds to nonprofits providing for human needs such as food, clothing, rent assistance, and fuel subsidies.

This Passages is based on an informal nationwide telephone and email survey conducted by the National Center for Family Philanthropy in November and December 2008 and January 2009. The purpose is to share information, policies, ideas, and strategies from family philanthropy colleagues on moving forward during an economic crisis.