How Can I Help My Board Members Understand the Long- Term Nature of Impact Investing?

How Can I Help My Board Members Understand the Long- Term Nature of Impact Investing? 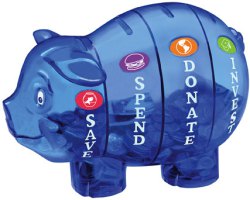 She was a little nervous to have the conversation with the committee. But as we were talking it through, I asked her, “How much social impact did you achieve?” She replied, “You know, for the four-year run that we were invested here, we really achieved a good amount of social impact.”

Then I asked, “How would you characterize that compared to if you had declared that money as a grant?” As she was responding, she realized how amazing it sounded. She said, “We probably achieved 50 times the return. What we would have done on the grant side would not have achieved the incredible things we achieved, notwithstanding the fact that this company ultimately didn’t survive.” In the short period they were an investor, the company achieved a lot on the social impact side. The client then went to the meeting with a similar explanation and the committee was oddly happy with the conversation.

When you’re going in to ask any fiduciary to commit dollars to something, you want to show them why you think this is the best way to achieve your charitable goals.

There are some things that require a lot of patient capital, which you’re not going to see the results for many years. Some examples of this would be investing in early stage companies and radical technology. However, in a mission investment context, by coming in early on initial stage companies that have potential charitable goals, you may catalyze further investments and push it into a place it would never have been. And so, approaching a conversation in that way, is very important.

Fiduciaries, on the other hand, have the ability to look at those factors and make decisions about those investments from their fiduciary standpoint. They will evaluate the importance of the asset and the outcome of your charitable goals, etc.

Again, good due diligence on the companies or on the investment, and then good explanations of the materials, is key to your foundation. You should show how they fit into the other tools that you use to accomplish your charitable goals, which will then allow people to look at it in a broad sense.

One of the other valuable ways to engage boards is to think about partnering with someone on a potential investment, rather than going it alone. Until last year, we didn’t have any other family foundations in our community providing social impact investing. We now have a $15 million fund managed by the local community foundations. In many cases, it was because we invited them to participate, and we de-risked it for them by using our experience to get them over the hump.

More and more, we’re seeing that one person who’s a little farther out in front can bring others along. It then makes it easy, and those additional dollars really can make a difference in a community. If you’re starting with your community or with a certain issue, bringing others along and making it easy for them, helping them see the value in this, and letting them have access to these opportunities, is a really good way to leverage your impact.