Carol Trawick is president and co-founder of the Jim and Carol Trawick Foundation. As president of the Greater Bethesda-Chevy Chase Chamber of Commerce from 1992-1993, Ms. Trawick spearheaded the privatization of the Bethesda Urban District, which eventually became the non-profit Bethesda Urban Partnership (BUP) in 1994. Ms. Trawick founded Trawick & Associates of Bethesda, an IT company that had several multimillion-dollar, long-term contracts with federal and military agencies.

Straight from the Source: Working with a Living Donor 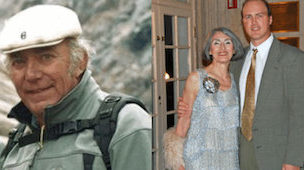 The dreams, life experiences, and personalities of donors and donor couples are at the heart of family philanthropy. Everything from the family’s philanthropic focus and mission to the interaction with potential grantees connects to the legacy of the founders… Read More