Caroline Williamson is the President, Treasurer and a Director of the B. Robert Williamson, Jr. Foundation (the “Foundation”).  Mrs. Williamson is a graduate of The University of North Carolina and serves as a Trustee and Past Chair of The Institute for the Arts and Humanities at the University.  Mrs. Williamson also serves as Trustee Emeritus at Inwood House and currently devotes time to the Church of the Heavenly Rest, where she serves as Senior Warden.  Mrs. Williamson contributes time to the New York Junior League, where she was named an Outstanding Sustainer in 2012, Episcopal Charities where she serves as Secretary, and the New York Botanical Garden. She is the widow of B. Robert Williamson, lives in New York City, and has three children.

Adaptive Leadership as a Reflective Practice 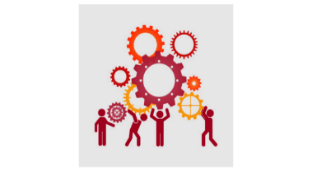 I wanted to explore whether philanthropy practitioners have used adaptive leadership as a form of reflective practice. The B. Robert Williamson Jr. Foundation funds these programs and I wanted to learn how this foundation came to support a form of reflective practice as capacity building. That’s how I began my conversation with the foundation’s Executive Director, Caroline Williamson… Read More