Ina Breuer is Executive Director of New England International Donors.  Previously she was the Executive Director of Beyond Conflict (BC), where she worked for 17 years to help leaders in Middle East, Central America, Northern Ireland, the Balkans, South Africa and Sri Lanka address difficult challenges relating to reconciliation, conflict resolution and change.  Specific initiatives Ina was directly involved with at Beyond Conflict included working with leaders on all sides of the conflict in Northern Ireland to engender joint governance of the Northern Ireland Assembly, working with the Department of Peacekeeping at the UN to improve their rule of law peacebuilding efforts, and working to help leaders in Kosovo, Sri Lanka and Bahrain prepare for high level peace negotiations. In 2008 Ina also helped launch BC’s Neuroscience and Social Conflict Initiative, which has led to a new area of inquiry at the intersection of brain science and conflict.  Prior to her work on conflict resolution, Ina was the Assistant Director of the Transregional Center for Democratic Studies (TCDS) at the New School for Social Research in New York.  In the early 1990s TCDS was a hub for dissident activity from the former Eastern Block and was focused on helping universities rebuild social science departments throughout East and Central Europe, the former Soviet Union and Central Asia.  Ina began her career at the Foundation for Civil Society in New York, where she was involved in educational, economic and environmental programming supporting civil society development in the Czech Republic and Slovakia after the collapse of the Cold War.  Ina has co-taught courses on leadership, reconciliation and change at Tufts Experimental College, worked as a consultant for the East-West Management Institute in Sri Lanka in 2006 and was an Advisory Committee member to the Initiative on Inclusive Security in their efforts to develop a Toolkit for Advocacy and Action for women peacemakers around the world.  She served as a Board member of the Alliance for Peacebuilding from 2010 – 2016. Today Ina remains a Senior Advisor to Beyond Conflict and an Advisor to the Rewiring the Brain for Peace Initiative of the Alliance for Peacebuilding.  She has a BA from Northwestern University, studied at the Freie Universität in Berlin, Germany and has a Masters in Political Science from the New School for Social Research in New York City. 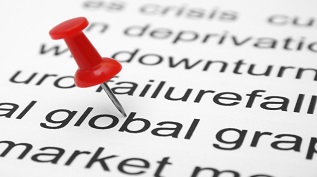 All funders, big and small, are interested in the impact of their investments. This can be particularly tricky in the realm of international philanthropy where investments are made within diverse cultural contexts. It is critical that individuals and families interested in international giving understand that they too can make a difference… Read More