Jen has been President of the Bush Foundation since September 2012. The Bush Foundation invests in great ideas and the people who power them in Minnesota, North Dakota, South Dakota and 23 Native Nations. The Foundation was established in 1953 by Archibald Bush, a 3M executive who played a key role in growing 3M into one of the world’s leading companies.

Prior to joining the Foundation, Jen served as chief of staff and vice president of strategy for Minnesota Philanthropy Partners, where she led the creation of GiveMN.org, Give to the Max Day, and the Minnesota Idea Open. Jen was also a consultant with McKinsey and Company for nine years and was the first director of the Itasca Project, a CEO-led regional civic initiative in the Twin Cities.

Share the Power: Reflections on Transparency from the Bush Foundation 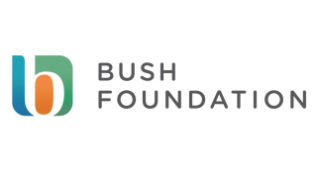 NOTE: Jen Ford Reedy is President of the Bush Foundation. On the occasion of her fifth anniversary leading the foundation, she reflects through this five-part series for the Glasspockets blog her staff and board’s efforts to make the Bush Foundation more permeable.   There’s a famous philanthropy quote that defines foundations as “a large body of money completely surrounded by… Read More