In 1935, R. Stanton Avery and his wife Dorothy Durfee Avery founded Kum-Kleen Adhesive Products. Stan provided the product: a new invention of his own design—the first commercially feasible self-adhesive label machine. Dorothy provided the capital: a $50 bank loan using the Ford Model A she had purchased with her schoolteacher’s earnings as collateral. The Avery family would later joke that Stan married Dorothy for her money. The couple’s business would grow in the midst of the Great Depression to become Avery International and then Avery Dennison, the office and consumer products company employing more than 22,000 people in 49 countries. 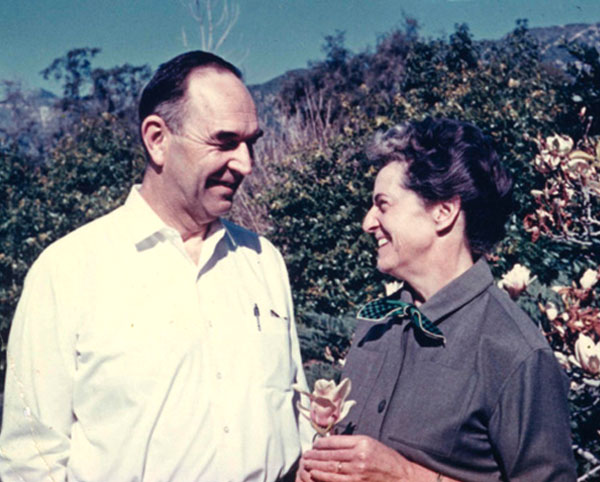 Stan and Dorothy founded what would become the Durfee Foundation in 1960. In those days, it bore the Avery name as did their flourishing business. As the company became more successful, though, the family suggested taking on Dorothy’s name Durfee to distinguish between the company’s philanthropy and the family’s philanthropy. In 1977, the family foundation became the Durfee Foundation and today honors Stan and Dorothy’s entrepreneurship and ingenuity by supporting nonprofit leaders in the Los Angeles area.

It is that entrepreneurial spirit that, as the organization’s web site declares, is “at the heart of the Durfee Foundation.” The Durfee Foundation has $28 million in assets and gives roughly $1.3 million annually. Compared to some of the nation’s largest foundations, the foundation’s giving, notes Claire Peeps, the foundation’s Executive Director, is relatively modest and would be “a drop in the bucket to try to meet the operating needs of nonprofit organizations.” The foundation, thus, made the decision, says Peeps, to “target the funds specifically to the leadership goals of individuals within organizations.”

Effective institutions are driven by creative people… Many leaders in the Los Angeles nonprofit sector work under conditions of unrelenting stress, potentially leading to burnout. The enormous demands of their jobs, often combined with financial pressure, can prevent them from taking time off for much-needed rejuvenation.

The Durfee Foundation has countered this environment with a sabbatical program, giving grants of up to $35,000 to six Los Angeles-area nonprofit leaders each year to take time away in whatever way they propose. The Durfee Foundation board finds this incredibly rewarding as trustees can see the impact they’re making in the lives of these nonprofit leaders. Now in its eleventh year, the program has established peer networks of past and present sabbatical recipients and helped inspire similar programs by other grantmakers, including the California Wellness Foundation, the Barr Foundation, the Rasmuson Foundation, and the Virginia G. Piper Charitable Trust.

This emphasis on building and supporting nonprofit leadership has led the Durfee board down a number of interesting paths. Peeps explains, “Initially, we were looking principally at recharging the batteries of the principal leader to keep him or her in the marathon. In the last five years we have shifted the focus of the program…we continue to have that former goal but we also now look at expanding the capacity of the next tier of leadership at the organization.” Some time ago, the foundation was approached by Ron Stewart, now a management consultant to the foundation but then just finishing his Ph.D. and researching burnout and renewal among nonprofit leaders. Stewart surveyed the sabbatical program’s first five years, finding that while the program was very successful with the leaders sent on sabbatical, it wasn’t doing as well with the next tier of nonprofit leaders—those who stepped up while the leaders were away. This cohort maintained, in effect: “I love my ED and I’m delighted that he or she has had this opportunity but I didn’t ask for it and it was a lot of extra work and no one said thank you.”

The criticism, says Peeps, touched a nerve, and Durfee built out the sabbatical program to include bonuses of $2,500 for the next tier of leaders within recipient organizations, and funds of up to $7,500 for the ongoing professional development of staff. The goal, affirms Peeps, is to “effect a little bit of a sea change in organizational culture, to advance how organizations think about human resources as the most valuable resource of the sector. We hoped we might promote the idea of self-direction among employees, prompting employees to think through and articulate what they need to move forward,” spreading the entrepreneurial spirit throughout an organization not simply in its leadership.

The organization has also created the new Stanton Fellowship, as a direct offshoot of the Sabbatical program. Peeps reveals, “There was growing momentum among some of the sabbatical cohort to work toward a larger collective goal–say, drafting a cross-sector plan to address policy in L.A. around environment or education. We recognized that that we couldn’t respond to that energy productively within the Sabbatical program, and that such an outcomes-oriented goal would even be at odds with the program’s mission of rest and rejuvenation.” The board stepped back and said, “We can’t respond to this interest through the Sabbatical program. Let’s look at programs in which policy-oriented leaders are given support to try something truly untested.” The result was the Stanton Fellowship. The Fellowship “provides up to six fellows with $50,000 each over a two-year period to think deeply about the intractable problems in their sector, and to tease out solutions.”

Claire Peeps argues, “It’s all about making sense of what you can do with the available dollars.” She recalls some advice that she and Durfee Foundation President Carrie Avery received ten years ago from Pablo Eisenberg: “It’s not how much you have, it’s what you do with the money.” Peeps says, “It came at exactly the right moment for us.” Durfee didn’t want to disappear into the coffers of various large nonprofits. Although a lot of good might come of it, trustees wanted to see the impact of their gifts and do something unique and gratifying. In Peeps’ view, “There should be some activity, some point of meaningful engagement that is personally rewarding to each trustee.” Creating something that sticks with people, it seems, has always been a part of the Avery way.