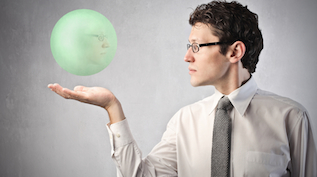 We’re pleased to present a very special edition of Voices from the Field, featuring answers to questions posed to our July webinar presenters on the topic ”15 Years of Advancing Excellence in Family Philanthropy: Lessons Learned…and a Look Ahead.” The webinar featured all of our former board chairs with the exception of Curtis Meadows.

What do you think has been the greatest advancement or the biggest change in the field of family philanthropy over the past 15 years?

“Philanthropy is no longer seen as something you do when you retire from your ‘real work.’ There has been an explosion in giving while living, and increased interest in learning how to do it well.”

“Family philanthropy has come into its own for a variety of reasons including: Wealth creation sparked by technology advances in the late 1990’s; Younger people generating wealth earlier and wanting to make a difference; Living donors wanting to put their personal imprint on their giving; Next generations of families becoming more involved and catalyzing changes in family foundation structures and grantmaking; The intergenerational transfer of wealth; and the explosion of donor advised funds. In a sense, I think that this is a real democratization, if you will, of philanthropy.  The bar is so much lower to create a donor-advised fund than a foundation and it creates a whole community of givers and philanthropists, if you will, that didn’t exist before, to really engage family and community giving.”

“In the 20-plus years that I’ve been in this field, there’s been a real and increasing willingness for people to be much more candid and kind of air the dirty laundry and see that as an opportunity for learning; its really no longer seen as a weakness, and I really appreciate that.”

“Multigenerational giving is where the richness of family philanthropy has evolved. Now families get the help before things become too stressful and can lead through transitions. Now the question has become what makes us a family and the focus is placed on  what makes a shared philanthropic endeavor rather than focus on differences.”

If there were one thing you’d hope the field of family philanthropy could accomplish over the next 15 years, what would it be? Where do you see the field taking us in the future?

“I think maybe the thing I’m most proud of is that we’ve been able to establish that wealth-sharing–and this is all about sharing wealth–that wealth-sharing, well done, is an asset to be prized. And I think we’ve moved from what sometimes may have seemed in the past almost a defensive position about family philanthropy to where we could declare it’s done well and done with respect for the broad spectrum of the wealth and lack of wealth of our country, that’s done well. This is a community of people and institutions that’s an asset to be prized.”

“Every family philanthropy should have a strategy for engaging the grantees and community stakeholders to listen and learn from them. There’s lots of mechanisms that people can use other than having them on your board. I think it’s really, really important that family philanthropists get outside of what can sometimes be an insular world. I want to end with a quote by Paul Ylvisaker from Conscience and Community. ‘Follow both routes to understanding–the compassionate as well as the analytical. No one can comprehend the universe who does not understand and care for the sparrow.’ I hope that family philanthropy can achieve that.”

“I think with family philanthropy, it’s at its best when the family brings its own passions to the work that it’s doing, and that they can find that sweet spot that marries the family’s passions with the community needs.”

“What I most hope for the future, and I see it really happening a lot, is that family foundations step up their involvement in collaborating with others–nonprofits and other funders. I’d say that 15 years ago or so, when the Center started, family philanthropy, particularly those that weren’t staffed, felt that they couldn’t hold their own in terms of collaborating with staffed foundations. But that’s just not the case anymore. Whether they’re staffed or not, family foundations are becoming just as strategic and just as interested in outcomes and just as knowledgeable about best practices. So I just really hope that that continues and that they engage in funder collaboratives and cross-sector problem-solving, and that they’ll always be at the table in communities, trying to effect important social change.”

“This field would not have been born, and it would not have grown the way it has, without the generosity of so many people. And I’m not referring, in this case, to financial generosity. I’m talking of a generosity of spirit, a willingness to tell stories, even when things didn’t work out, and a willingness to offer support and an interview or fill out a survey because you think it might help someone else. And so I don’t think we could close the celebration of 15 years without thanking all of you who have done just that so that these resources, these programs and services can exist.”