Karen Keating Ansara: “I’Ll Have What She’s Having”

Karen Keating Ansara: “I’Ll Have What She’s Having” 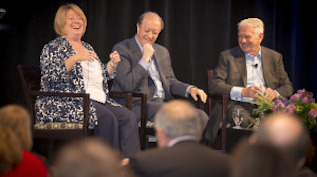 Editor’s note: We are pleased to reprint Karen Ansara’s prepared comments (more than were spoken) from her conversation with Lowell Weiss, President, Cascade Philanthropy Advisors; William Campbell, Chair, Campbell Family Foundation and The End Fund; and Mario Morino, Morino Institute and Founding Chairman, Venture Philanthropy Partners on May 8th at the National Forum on Family Philanthropy. These comments were originally posted on Karen’s blog here.

Given the title of our panel, from the film “When Harry Met Sally,” I thought I should start by moaning and groaning, but then I decided to spare you that!

A couple years ago the University of Oregon did a study of women’s responses to giving. Researchers presented three groups of women with small amounts of money while they were hooked up to brain scanners. “Sometimes the money was ‘taxed;’ sometimes the (women) were given the chance to donate to charity; and sometimes the (women) were given additional money. (As you might expect) their pleasure centers (the same ones that regulate sexual arousal and addiction) LIT UP when they received money… But more surprising was that half of the women derived just as much (sensual) pleasure, according to their brain patterns, from giving money as from receiving! So, when Harry met Sally, maybe Sally was a philanthropist!

Let’s look at it another way. Chip Heath, who authored the iconic book, Made to Stick, about sticky, unforgettable ideas, has also written Switch, about switching human behavior. In it he describes the two independent systems at work in our brains at all times. First, there’s the rational side, the part that reasons, plans, analyzes and sometimes perseverates. Then there’s the emotional side, driven by instinct, by the need for instant gratification and by values like love, compassion, and loyalty. This is the side that is driven to get things done. People lean, as you might imagine, towards one side or another.

To describe the interplay of the two sides or types, he uses the analogy of a Rider and an Elephant. The rational Rider tries to rein in the emotional wild beast, but if the emotional beast is not properly trained and cajoled, it will always overpower its Rider! Heath claims that to change things – to get the right things done the right way — you have to appeal to both the Rider and the Elephant. You need both reason and emotion; both the forces of understanding and motivation.

One of the beauties (and challenges, I think) of family philanthropy is that families contain various members that lean towards Riders or Elephants. But in family philanthropy, unburdened by heavy institutional structures and professional expectations – Elephants can dance. Values, personal motivations, and personal initiative have more free rein. Loosely bridled, passionate Elephants with a heartfelt devotion to mission, can really make things happen! …As long as they don’t throw off their Riders!

We Elephants need our Riders to keep us on the path, checking our progress, and making sure we don’t trample many good initiatives along the way.

And we Riders need Elephants or we will remain stuck in the mud, analyzing and perseverating to death.

I have three stories to illustrate how we embraced the passion and set the course, but needed capable Riders to make an impact.

Twenty-one years ago, while Jim was rapidly building his construction company, we adopted a baby boy born in Boston. The following year, while he stayed with relatives, we had the once-in-a-lifetime opportunity to travel to Peru with friends. Jim, always eager for a challenge, set out to scale an 18,000 foot peak. I soaked up the magic of Andean valleys, remembering my past dreams of being a Peace Corps volunteer. Both of us fell in love with the indigenous children… especially after two different women, with black eyes and chapped hands, waist-length braids and flared woolen skirts, tried to hand me their children — for keeps.

In those moments for me, time stopped. As I boarded the bus to leave that cold, arid village, I expressed the overpowering grief of centuries of women – women too desperately poor to care for their children.

Our unbridled passion led us over the next three years to adopt three little girls from the Ecuadorian Andes. (There truly was no logic model in that!) In the process, we came face to face with the poverty they were born into, and from which they will never fully recover, and the pain of birth parents whose wounds will never heal.

When Jim had the opportunity to sell his company, there was no question what we would do: we would set up a family foundation to “give back” for the gift of our children. We soon realized we didn’t have the emotional bandwidth to adopt more children, or the financial bandwidth to support more orphans. So we decided to go upstream and tackle what we perceived to be the root of the problem: the poverty and powerlessness that lead desperate parents to give up their children. With the help of a fabulous course in strategic philanthropy offered by The Philanthropy Workshop — where I first met Lowell — we defined our theory of change: “If the poor have access to the rights and resources to which they are entitled, they will work their way out of poverty.”

After bumbling along for several years, making grants off our kitchen table, we realized we had a responsibility to be more professional – and to make an impact. We converted to a donor advised fund at the Boston Foundation, creating a special arrangement whereby their staff would help us operate like a slimmed down foundation. They advised us as we developed a five-country, multi-sectoral grant-making strategy. They worked with us to craft a website to showcase our partners and our passion for international philanthropy. It was highly rewarding and impactful, because of our skillful and diplomatic Riders, who had the joy of mediating between two Elephants!

So, with the help of another advisor, John Harvey of Grantmakers Without Borders, we started a community to improve the quality and quantity of global philanthropy: New England International Donors. We did a landscape scan of other international donor networks and education programs around the country to learn lessons and not reinvent the wheel. We pulled together a Steering Committee. Then we engaged The Philanthropic Initiative out of Boston – and that has made all the difference in the world. TPI created our website, developed our programs, curated our calendar listings of events pertinent to global funders. Today, over five-years in, we have a vibrant community of over 100 institutional and individual funders, plus advisors and investors, learning from each other and experts in the field about successful models of international development. At the same time, we share our stories of inspiration and describe how our philanthropy has changed our lives. Head and heart are inseparable to building a movement for global philanthropy.

Fast forward: Jim and a great team of staff and hundreds of volunteers, plus hundreds of Haitians from the community, completed a new state-of-the-art 320-bed National Teaching Hospital in Mirebalais, Haiti last spring. It is the only fully solar powered hospital in the Western Hemisphere, with one of only two operable sewage treatment facilities in the whole country. Hundreds of women have given birth, who otherwise would have done so on dirt floors with no attendants, or if they were lucky enough to cross the border, in Dominican clinics.

A few months ago, Jim established, after guidance again from our advisors at TPI, a private operating foundation called Build Health International. It will continue to building health care facilities in Haiti, and possibly elsewhere in the developing world. Now grants for global health in Haiti are a central part of our philanthropic mission.

Story of the Haiti Fund:

Two days after the earthquake and two more days before Jim left for Haiti for two months to do relief work, we partnered with The Boston Foundation to launch a fund for the people of Haiti. We set out to raise a million dollars from the people of Greater Boston and match it to create a $2 million fund to be spent down over five years.

Let me be clear: there would be no Haiti Fund, if there were no Boston Foundation. VP Kate Guedj threw herself into it and marshaled every staff member to participate in raising or depositing funds. We held emotional public events. We set up a blog page of short posts Jim sent us from the medical tents in Haiti. The match was met in a month from people of all walks of life — not just in Boston but from around the country and other countries!!! It was a highly emotional ride.

Before the earthquake I knew virtually nothing about Haiti or Boston’s Haitian Community, and the Boston Foundation staff knew little more. When we heard over and over again that Haitian Americans never felt consulted about their homeland, we established a ten-member Grant-making Committee and a 35-member Advisory Council consisting primarily of Haitian Americans. It has been a deeply moving experience for me to be guided by extraordinary Haitian leaders who have a real, enduring stake in the future of their native country.

Next January the fund will close, as planned, with over $2.5 million in grants made and a huge focus on capacity building of grassroots Haitian organizations. Because of our multi-faceted partnerships, passionate yet strategic, I know that we will have made a significant and lasting impact on Haiti.

I persuaded two of the most enterprising Haitian American leaders I know to lead this effort. I drew several philanthropists into the study stage. After a year of wrangling about how to launch this model in a Haitian context, and after another philanthropic advisor of mine visited the island and interviewed potential partners, I realized it was a “no go.” Not only did we not fully agree on the model, we did not have a viable location. We determined that running any small business in Haiti couldn’t guarantee profits. Even more importantly, I started to realize that I have absolutely no business skills! What was I thinking?

The responsibility for setting up a non-profit or for-profit, staffing it, funding it, and caring for hundreds of children kept me awake at night. I have since developed huge admiration for those who take on the responsibility of starting and running overseas programs. But I now know, I need to check with my Rider first before I charge into the jungle, and that I am happiest being a grantmaker! 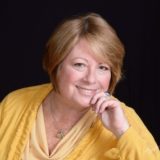