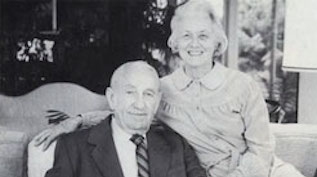 Editor’s note: the following is reprinted from Living the Legacy: The Value of a Family’s Philanthropy Across Generations, published by the National Center for Family Philanthropy in 1999.

In a family foundation there is no question as to the importance of learning from the donors and carrying out their legacy. David and Lucile Packard left our foundation their estate as well as their ideas, their methods and their values. However they were not willing to tell future trustees what programs to support.

Dave Packard, who lived nine years longer than Lucile, was asked several times in his later years to write down what he wanted the foundation to support after he died. He refused, saying that he had changed his own mind over the years as new information, challenges and issues emerged and he could not foresee what were going to be the most important issues in the future. For the time being, most of the grant programs we support at the foundation are similar to those started when Lucile and David Packard were alive. This is because we share their belief that these are the important areas of concern for our world today. Now, with increased assets, we’re able to expand our ability to work on the issues and be more effective. We know that we can pursue new ideas and use new approaches when the times dictate a change in direction.

David and Lucile brought up their family to understand their values. They lived these in their personal and business lives, as reflected in the values of Hewlett-Packard Company. So well imbedded in the minds of the family were these, that when asked independently to list the things that their parents believed in, two sisters came up with identical lists.

One of the first things we did after David’s death was to write down this list, and then added a second list, of guiding principles, to ensure that the values were reflected in the day-to-day procedures of the foundation. This is truly a “living” legacy: one that many other family foundations have developed and nurtured as well.

The Packard Foundation trustees and staff expect these values: “integrity, respect for the individual, effectiveness, building leadership, and thinking big” will be just as important fifty or a hundred years from now as they are currently. These values are defined and discussed by new trustees (both family and non-family) and staff, so that each new member understands them and will follow them both within the foundation and when working with applicants and grantees. The values have become an integral part of our grants program, our operating system and trustees meetings.

We expect that these values: “integrity, respect for the individual, effectiveness, building leadership, and thinking big” will be just as important fifty or a hundred years from now as they are currently.

New trustees and staff also watch two videos of David and of Lucile expressing what they thought, did and accomplished in their lives. This provides a wonderful opportunity for those who did not know our donors well to understand what they lived for and their hopes for the future.

A donor or family legacy can come in many forms. It is important to attend to one’s family foundation legacy or it will be forgotten. A family foundation can then easily lose its bearings. Hopefully, this valuable volume will help you in your efforts to pass on a living legacy.

At the David and Lucile Packard Foundation, we find that the most valuable legacy has been to leave one’s values impressed in the minds of your family and staff. Over the years the challenges and opportunities of the world will change, however the basic values of the Packard’s should live forever in our foundation. 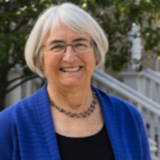