Women’s Philanthropic Influence Within Families and Society on the Rise

Women’s Philanthropic Influence Within Families and Society on the Rise 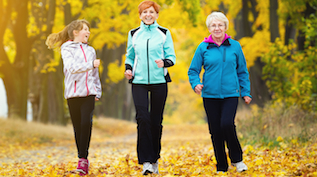 Giving back to society and having a meaningful impact is among the most empowering and rewarding aspects of wealth. In a world that’s changing faster and pulling us in different directions, it is often philanthropy that unifies us and focuses our attention to what matters most.

The unifying effect of philanthropy is particularly strong within families, who even when separated by distance and circumstance, have learned to coalesce around shared values and purpose.

These values, which take shape early in life, are very much influenced by family dynamics and the strength of family relationships. To explore this topic further, U.S. Trust conducted an in-depth study to gain greater insight into the effects of family dynamics on wealth and how it is used – including how it impacts engagement in philanthropy.

What emerged from our recent Insights on Wealth and Worth® survey is the picture of a modern American family structure that is often times more complex than past generations. And these complexities are often further complicated by increased wealth.

An interesting and pronounced change in the family dynamic is a blurring of roles between men and women in financial decision making, as women have gained economic clout, both in the workforce and at home. Women are now in charge of more than half the nation’s private wealth,[1] and the number of high-net-worth women is increasing at double the rate of men.[2] Not only are women entering relationships with substantial assets, they are in many cases the primary or equal income earner.

Contrary to a long-held belief that men control the majority of household financial decisions, nearly 80 percent of women now make or share equally in household decision making. And when it comes to philanthropy, women are either the sole decision-maker or at least an equal partner in nearly 90 percent of wealthy households.

The tremendous influence women have on philanthropy is not new, though it is growing and being fully recognized. The growing role of women in financial decision-making is a change that has important implications, both for nonprofit organizations seeking support for their missions and for-profit companies working to attract investors. It will be increasingly important for them to understand the distinct perspectives, motivations, and behaviors of empowered female philanthropist and investors.

Women’s financial and philanthropic decisions are driven, in significant part, by their social values and their financial success, in turn, is often deployed for social purpose. Our recent research found that more women than men ranked “giving back to society through charitable giving or volunteerism” as the most important use of wealth (45% of women vs. 37% of men).

As women create and control a greater share of wealth, including a significant portion of the wealth transfer to next generation heirs, they are in a position to accelerate solutions to important social issues and to direct the flow of capital to areas that matter most. The social issues women told us they rank as being most important are healthcare quality, the environment, education, elder care, and youth development.

Furthermore, nearly half (47%) of women view not just philanthropy but also their investment decisions as a vehicle to further their social, political and/or environmental interests, and they see the use of private capital from socially motivated investors as a way to hold companies accountable for their actions and results.

Women have always had a strong desire to create positive change in the world, and they are doing so through their participation and leadership in the workforce, economy, academia, politics, and within their own families.

The great challenge and opportunity for women now is to recognize their own power, to embrace their personal and collective influence on society and within the family, and to deploy their wealth in ways that will have maximum impact.

To learn more about the 2014 U.S. Trust Insights on Wealth and Worth survey, visit: www.ustrust.com/survey