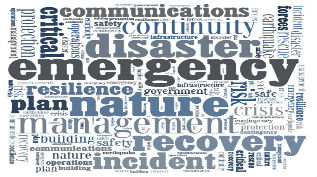 The current refugee crisis in Europe is a crisis of people running out of options. Conflict around the world has created the largest number of displaced persons since World War II. The latest throngs of fleeing people to make headlines are those arriving in Europe, where the debate has focused on political policy and receiving countries are ill-equipped to deal with the more than 400,000 people who have arrived.

“It’s really a tragedy that people didn’t respond sooner to this crisis – who knows how it may have been contained had we been more generous,” said Ed Cain, vice president of grant programs at the Conrad N. Hilton Foundation. Cain was a panelist on the Center for Disaster Philanthropy’s Sept. 15 webinar, The European Refugee Crisis: How Funders Can Help. He was joined on the panel by Bob Kitchen, director of emergency preparedness and response for the International Rescue Committee; Shelly Pitterman, regional representative for The UN Refugee Agency (UNHCR); and Michael Fields, director of corporate citizenship and social responsibility at Xylem Watermark.

The number of refugees arriving to Europe has swelled, doubling from the numbers who arrived last year, and increasing drastically even more during the last two months. Often, they arrive to Italy and Greece via smugglers boats, usually overcrowded and often capsized. Even with the onset of winter, the number of people arriving is not expected to decrease anytime soon.

“Our understanding from local communities and the refugees who are arriving is
that there are many people in Turkey who have already paid the smuggler network to get them across the water and this time they won’t be letting the choppy waters get in the way,” Kitchen said. “I think the other thing we will see in the next three to six months is a change in the economic status of refugees. We saw this in Lebanon, we saw this in Jordan, where the first wave of refugees coming out in 2012 were individuals who had some savings and could pay to move. The next wave we saw couldn’t do that – they were borrowing money. We anticipate seeing a similar trend in the new flow of refugees escaping from Syria. We anticipate more and more people having to borrow money heavily or be trafficked by trafficking networks into Europe, so we’re getting ready for increasingly vulnerable families turning up.”

The refugee crisis in Europe is closely linked to the ongoing complex humanitarian emergency in Syria, where conflict is now in its fifth year. Nearly eight million people are displaced inside the country, and the neighboring countries of Turkey, Lebanon, and Jordan have borne the brunt of the four million refugees who have fled the Syria. All panelists agreed that addressing the problem in Europe meant also providing resources and support to Syria’s neighbors, who are dealing with a far more strained environment.

“Many people have already fled to neighboring countries and those places need international support,” Pitterman said. “We’ve been concerned that the tipping point will soon be reached for some time, and now it seems, in fact, the tipping point has been reached with the garbage crisis, and funding crisis. There are political challenges in Lebanon and similarly in Turkey there is political upheaval of sorts, and against that background, the refugees are not able to make ends meet and they are looking for other options to protect them and their families.”

Funding for the crisis stemming from Syria and now affecting numerous countries has been woefully lacking. Pitterman said that while The UN Refugee Agency always operates with the assumption that they will never receive 100 percent funding when they issue an emergency appeal, the regional Syria crisis has been funded to just 37 percent.

The gap in funding, while frustrating to those responding to the crisis, leaves private donors a wide array of options to act quickly and thoughtfully.

“I would first say the donor has to look at where they want to send their money and I would argue that the adjacent countries is the best target,” Cain said. “Educate yourself on what the overarching needs are… There are organizations doing essential jobs and they’re the ones who need to be resourced. I also think we have to be real careful – we have to look at poverty as being violence, too. The total absence of opportunity in some of these countries, and yes they may be motivated by the horrible situation in Syria, but it really speaks to the broader issue of [long-­‐term] development.”

There is room for businesses and corporations to respond as well. Xylem Watermark has developed a long-­term partnership with Mercy Corps that has allowed them to respond to disasters and crises, including Syria refugee relief, on several levels. Fields said that Xylem has an employee match program that provides a portion of the company’s funding to Mercy Corps. Xylem also provides company resources to the nongovernmental organization. For example, the company provided a custom pump to support Mercy Corps’ water provision and protection at a refugee camp in Jordan.

“We’re able to funnel funding and resources to them really as they need it,” Fields said. “We have a great working relationship with them, which is the key when you talk about corporations and how can they help. I think the best way to ensure that you’re being a good custodian of the funds you’re deploying, including your employees’ funds, is finding a partner that you can work with who understands your strengths as a corporate partner and whose strengths as an NGO that you understand and working together to solve these problems.”

When it came to reasons that private philanthropy should respond, Cain said that it was important to understand that it was more than just a humanitarian responsibility. “Refugees have proven to be extremely valuable to the county they seek asylum in,” Cain said. “We need to educate people on understanding that it’s not only a humanitarian thing to do, but it may very well be good for your country as well.”