Sticking the Landing: a Growing Trend Toward Spending Out

Sticking the Landing: a Growing Trend Toward Spending Out 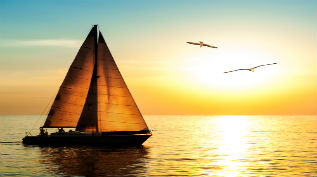 Jeff Solomon faces a challenge that very few in the family foundation world have had to achieve: sticking the landing.

As the president of The Andrea and Charles Bronfman Philanthropies, Solomon is managing the tricky task of spending down the foundation’s assets in 2016.

The process is difficult, especially since only a handful of family foundations have formally documented the process of spending down.

But at a time when an increasing number of family funds are making the move away from perpetuity and into spending down their assets by a set date, many others are paying close attention to how the Bronfman Philanthropies manages its final days.

For much of the 20th century, the vast majority of U.S. foundations operated under the assumption that they would be in business forever. However, as a new generation of family philanthropists take over — and families contemplate just how long forever actually lasts — a growing number are deciding that they would rather spend down their assets during a set period of time than manage their endowments in perpetuity.

“Among the peculiar things about perpetuity is that it’s a long time,” Solomon said during the National Forum of Family Philanthropy this fall. “I can’t get my arms around it. What was happening in the world 500 years ago? What relevance would someone who started something 500 years ago have on what’s happening today?”

But the Trends results also make a strong case that this number is growing.

Nearly 20 percent of the newest family foundations have already chosen a limited life, the survey found. In comparison, only three percent of those founded before 1970 have made this decision.

If that trend continues, the percentage of family foundations operating as spend down will likely grow substantially in the future.

And while this trend is being fueled largely by newer foundations, a number of more established organizations are also making the decision to spend down their assets.

Such was the case with the John Merck Fund, which decided in 2011 to spend down its assets over the period of 10 years.

The Boston-based foundation, now in its third generation of family leadership, has about $75 million in assets. Under a plan approved by its board of trustees, The John Merck Fund began the spendout in January 2012, will award its last grants in 2021 and will close its doors in 2022.

Allowing for investment income earned during the ten-year period, the foundation estimates that total grantmaking during that period could approach $100 million.

“The board’s decision to spend out was so liberating,” said Olivia Farr, a third-generation trustee of the Fund, during this fall’s National Forum on Family Philanthropy. “It changed the flavor of our work.”

Farr and Solomon are among the field’s most prominent champions of spending down — and they provided an in-depth look at both the advantages and challenges that come with limited life during the October Forum.

For both organizations, the process has been challenging.

With its sunset looming large, Bronfman is doing much more than grant making. As a result, Solomon is facing challenges that aren’t typical for a foundation leader. He must work to ensure that its grantees and programs are able to sustain themselves after the organization gives its final dollar. He must also find ways to keep its professional staff engaged at a time when many of them are staring down the reality that their jobs will soon disappear.

And he’s doing so without much guidance on how to stick the landing — since very few organizations have actually made it to the point of closing their doors for good.

Solomon says the foundation has been able to navigate the past few years — and maintain its relationships with grantees and others — by being a stickler for communications. It has invested heavily in making sure it tells its story, discusses its challenges, and explains to its constituents what to expect in the future.

“Foundations are very strange places that don’t have the checks and balances that all of the other sectors of society have,” Solomon says. “The only check we have is how we look at ourselves and our work. Too often, our colleagues don’t do that and they catch this terrible disease of arrogance. The humility that communication requires is absolutely critical to successful spending down.”

Solomon says the process of spending down has required him to be consistently reflective about the organization and its decision making — a process he says has been sometimes difficult.

For the Merck Fund — which is still years away from its sunset — that process has already been intense, Farr says.

The organization is working with a sense of urgency that it didn’t have prior to its decision. And it’s board and staff have been forced to ask themselves a number of new and important questions — many of which don’t come with clear answers.

As more foundations complete the process, there will likely produce lessons and case studies for others to use as guides in their own decision making.

But both Solomon and Farr agree that every foundation will need to make its own choices about how to manage its assets and ensure that their grant making achieves the best possible results.

Some will likely take lessons from groups like Bronfman and Merck.

Others will chart their own courses.

And still others will choose to continue working in perpetuity.

That choice ultimately must be what is best for the family and its philanthropic goals.

But the fact that the choice exists —and is being talked about — is a healthy development for the practice of family philanthropy.