Why Investing in Media is Critical to Successful Advocacy

Why Investing in Media is Critical to Successful Advocacy 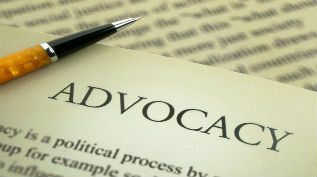 As more and more funders realize the importance of engaging in advocacy to effect broad-scale change, they are also increasingly aware that media and communications strategies can be crucial in getting their message to the people who can spur that change. Arabella recently hosted a webinar featuring three experts in media, communications, and digital strategies who raised crucial arguments for why funders should make these types of investments and how they can best position themselves—and their grantees—for success. Funders who do not engage in advocacy increasingly risk ceding influence over critical policies to deep-pocketed individuals and corporations willing and eager to fund these activities. And, the most effective advocacy strategy is one that incorporates strategic communications—be it political will-building, online communications, or raising public awareness more broadly—to push for the policy change in question. Funders who fail to help their grantees tell their stories through social media, film, websites, traditional media, and/or other communications platforms are missing a major opportunity to advance their goals.

From 2009 to 2011, funders gave about $1.86 billion in media-related grants; the experts on our panel expect total giving in this sector to increase. Particularly in light of the proliferation of new media platforms, funders need to be strategic and thoughtful with those dollars by designing an advocacy and communications strategy with clear goals and tactics that can be sustained as public opinion evolves and engagement grows. Below, we share our panelists’ valuable insights as to how funders can design a communications plan that will amplify their program investments and drive greater impact.

Communications strategies are most successful when integrated into the organization’s broader advocacy and program strategies.

Effective funders understand that their advocacy work is not separate from their other mission-related projects. Similarly, communications initiatives that successfully amplify an urgent message are not discrete from an advocacy strategy. Rather, social media campaigns and the like should be woven into the fabric of that approach, as these tools can effectively enhance the reach and impact of other engagement activities, such as paid advertising or documentary film. “Digital doesn’t just mean adding a social media person as an appendage,” said panelist Michael Slaby, a managing partner at Timshel and the tech guru for both of Barack Obama’s presidential campaigns. “We should think about digital as a force multiplier. It needs to be knit into all these different strategies.” Taken together, these efforts can do more to move forward the desired policy or social change than any single approach could on its own. For example, the marriage-equality initiative Freedom to Marry coupled its traditional lobbying efforts with a powerful web presence and a massive social media campaign to raise awareness and generate public support for the issue. Digital tools, with their low barriers to entry, enabled the organization to mobilize huge numbers of people across the country, which created an undeniable show of support that lobbyists could point to when talking with state and federal lawmakers. Last month, marriage equality was upheld by the Supreme Court with the support of more than 60 percent of Americans—staggeringly rapid social and political change by any measure.

To develop an effective communications and digital strategy, funders must define a target audience, determine the best way to reach that audience, and set clear goals for success.

Reaching the general public requires different tactics than reaching policymakers, and the desired outcomes of engaging each group will be different as well. Mary Lou Fulton, The California Endowment’s senior program manager in communications and media and co-author of Communications Strategies that Fast Track Policy Change, shared the powerful example of the Academy Award-nominated film The Invisible War, which exposed the rampant problem of sexual assault in the military. The advocacy strategy for the film initially targeted an audience of only seven people: the Joint Chiefs of Staff. The goal was simple: get these powerful decision-makers and their staff to see the documentary before its public release, thereby putting the issue in front of policymakers before a wave of disturbing information became public. As a result, Secretary of Defense Leon Panetta made crucial changes to how the military investigated rape before the film was even released. Panelist Vince Stehle, executive director of Media Impact Funders, which collaborated with The California Endowment in publishing the aforementioned report, called it “a stunning example of the payoff for communications strategies.”

At the same time, Stehle pointed out that campaigns that aim to spur change by influencing larger and more diverse groups can also be effective. For example, a group of funders in the Midwest, frustrated by scant media coverage of the effects of climate change, opted to create their own buzz. They launched Midwest Energy News, a digital hub of information related to climate change. The website, which contained original reporting in addition to information from other public sources, aggregated multiple resources in one place. The website ultimately helped to effect policy change in six states. “Increasingly, funders are understanding that public debate and popular will have a huge impact on public policy,” Stehle said. “Industry is devoting hundreds of millions to persuade the public, [which] dwarfs the amount they spend on lobbying in Washington. Philanthropy needs to get in the game.”

Funders must strive to build a sense of community within their target audience and to maintain a relationship with members of that community.

The most effective communications are not a one-way street; the goal is to encourage dialogue with and within a defined community and eventually achieve sustained engagement from individuals. Social media and other digital tools have created an environment highly conducive to this type of interconnectedness, Slaby says, but organizations must articulate the specific kinds of behaviors they want based on their target audience. Organizations should seek clear, quantifiable actions—such as sharing a video or signing an online petition, if the audience is members of the public. Those actions should evolve as the campaign progresses and as people become more invested in the issue. A campaign should begin with raising awareness of an issue, and then progress into persuasion and “audience activation,” Slaby says, adding that funders need to be mindful of these complexities when deciding how much support to provide to on-the-ground grantees. Moving audiences and constituencies up a “ladder of engagement”—from signing petitions or other low-barrier-to-entry activities to offline engagement—requires patience and a continuous investment of energy and resources over time. It also requires particular skills and experience. Slaby pointed out that people who work on political campaigns often go on to be highly successful at running issue campaigns because they have a transferable set of skills: they understand the pace at which various communications need to happen and know how to move audiences up the ladder of engagement.

Traditionally only a small percentage of funders has undertaken media and communications grant making, but the landscape is changing fast, bringing to light new tools and strategies. A growing field of literature offers insights on and models for evaluating the impact of media and communications investments, and those already making those investments have shown an eagerness to share best practices, identify evaluation metrics, and cultivate a community. All three of our panelists stressed that today, communications work is inseparable from successful policy advocacy and social change work—and funders who engage have the opportunity to reap significant return on investment. As Slaby put it, engaging in communications is “mission-critical.” 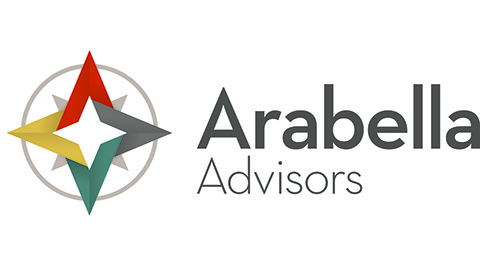