Four Scary Things About Spending Everything

Four Scary Things About Spending Everything 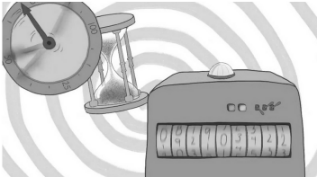 Editor’s Note: This piece was originally published on Medium.com.

Exactly two months from now, Quixote Foundation will have spent its whole endowment other than a few funds needed to wrap up operations. Parts of this process have been pretty scary. Here are four fears we’ve faced and the reasons we’re still stoked, not spooked, about spending everything.

QF’s founder, Stuart Hanisch, set the standard on this one. Because he gave us freedom to flex in a world he knew was going to change, even if that meant the foundation wouldn’t exist anymore, we were able to partner with Media Democracy Fund and its grantees at a critical time in their successful battle to protect fair and open access to the Internet. Stuart didn’t know the role the Internet would play in our economy and society; and we don’t know what new issues will emerge as the digital age matures, but we know our impact will be greater because we put money in MDF’s hands early

2. We leapt without knowing where we’d land.

In 2008, Quixote Foundation was working on a tidy plan to be unveiled as a stylish package with our spend-up announcement. When the stock market crashed, donors of all kinds reduced their giving and many foundations pulled back on 2009 funding to protect their endowments. We decided to go public even though we didn’t feel ready. By reframing “spending down” as “spending up,” we jump-started a conversation about spending more, not less.

Along the way, we became evangelists for investing in a different kind of perpetuity, one that centers on impact instead of institution. Making an intuitive leap before figuring out the details allowed us to have an unexpectedly strong impact on the philanthropic field.

3. We have no idea what happens next.

When we tell colleagues Quixote Foundation is spending everything, the first reaction is “Wow, what will you do when the foundation is gone?” Not one of us on the extended team has locked in what’s next. We believe in this work so deeply we have no inclination to worry; and a short-term outlook doesn’t create uncertainty, it just makes it more graphic. In this final year of converting investments into cash, we’ve weathered Brexit and then seen a record stock market high. We stay calm because we’re confident in our change strategies. As Exponent Philanthropy’s Henry Berman recently advised foundations, “Focus on the change you want to make, not on yourself.” And we hope to see a day when people react to our decision with a far more interesting question: “What are you trying to accomplish with the money?”

4. Our relationships are about to change.

The working connections and friendships we’ve built for over a decade aren’t going away, but they’ll certainly be different in 2017. At a personal level for all of us, spending up means letting go of some powerful attachments, and it peels back another layer of grieving for the founder too. Yet just like Stuart, we trust the “heirs” to Quixote Foundation’s mission to carry it into the future — after all, they invented, developed, deepened and expanded our way of operating in the world. Whatever each person does to see free people in fair societies on a healthy planet is a new kind of foundation perpetuity.

This NCFP Content Collection is aimed at new donors considering what strategic lifespan will best work for their foundation, as well as existing foundations that have already set a closing date, or any family or board contemplating the question.