Success Like This Could Hit the Small Time: Replicating a Global Philanthropic Networking Model in Detroit

Success Like This Could Hit the Small Time: Replicating a Global Philanthropic Networking Model in Detroit

Editors Note: This blog is cross-posted with the Jewish Funders Network.

We usually think of scale as an escalator that moves in only one direction: up. Things start small and local and, if they succeed, they grow to be large and global.

Often, this model is correct. But focusing too narrowly on it might make us miss opportunities to scale in other ways. Sometimes, in fact, scale can work in reverse — by taking a global idea or model and giving it a new application on the local level.

In Detroit, I’m working with a small but growing group of philanthropists and professionals affiliated with the Jewish community who are demonstrating this principle by adapting a global model developed by the Jewish Funders Network for Jewish networked philanthropy. In the process, we’re discovering new ways to better understand and serve our local community and to share ideas.

When I first became Executive Director of the Max M. & Marjorie S. Fisher Foundation in 2007, one of the first meetings I attended was the annual conference of Jewish Funders Network, the global networking organization for Jewish philanthropy. I was immediately struck by the value and power of its network approach to philanthropy.

Like other forms of collaboration, a network approach is based on the proven idea that we can all do more and better when we learn and work together. But unlike other forms of collaboration that are more centrally controlled, pre-planned, and precisely defined, a network approach sees creativity and innovation as emerging opportunities that can be nurtured organically by those who are the most excited about the possibilities.

This process is exciting for a number of reasons — notably that it can even happen through interactions between many players who don’t necessarily share the same goals and philosophies.

Even better, the network approach does not conflict with more controlled forms of collaboration, such as issue-based philanthropic collaboratives or Federation and community collective giving. In fact, many funders engage in many kinds of collective philanthropy at once.

As a family foundation leader, this approach is especially attractive because it allows me to explore a full spectrum of approaches and engage with a number of different organizations. While I’m excited to work closely with the Jewish Funders Network, the network approach also gives me the opportunity to work with groups like the National Center for Family Philanthropy and other organizations working to strengthen our sector. By being able to maintain a wide range of connections, I can call on a diverse group of fellow funders for advice. By doing this, I gain new perspectives on the “how” of funding from people who fund a totally different “what,” and can see the full global picture of philanthropy.

Bringing a Global Model to Detroit

And it was through a relationship built through Jewish Funders Network that we were able to develop the idea to bring a global model to Detroit.

The idea was sparked during a conversation with Margo Pernick, executive director of The Jewish Fund, a health and human services funder with a Jewish legacy in Detroit.

As we spoke, it occurred to us we needed a local version of JFN for Detroit. The region has such a strong community of funders: family foundations, independent foundations, and individual donors. Since philanthropists who see their giving through a Jewish lens don’t all have the same approaches or even the same goals, it seemed difficult to understand the full picture of all the players in Detroit’s Jewish philanthropy scene.

When the onus is on each player to cultivate relationships with all the others, outside the framework of even a loose network, it can be a bit more difficult to maintain relationships with funders with whom we don’t see direct and obvious reasons to collaborate. That difficulty closes down the hidden opportunities the network approach to philanthropy can create. Without intentional ways to learn together, we’ll have a much harder time finding out just what we have to teach each other.

So with the Fisher Foundation and the Jewish Fund taking the initial lead, we created a local affinity network for Detroit Jewish funders to meet three times per year, and look for three key avenues of opportunity: shared learning, shared alignment, and shared action.

Starting with four members, the group has since grown to about a dozen regulars. It includes foundation professionals, philanthropic advisors representing families without foundations, and trustee family members who spend significant time on their family’s philanthropy. Each meeting is led by one of the members who lines up speakers and sets the agenda.

The local group builds and strengthens local relationships and allows us together to better understand local issues. At our one of our recent meetings, for example, we toured buildings a real estate developer is buying and refurbishing as part of an effort to revitalize Detroit. We also met with a Jewish activist, a Jewish service learning volunteer, and a synagogue professional, all from downtown Detroit, for an open-ended discussion with the funders about efforts in the downtown Detroit community that were exciting and having the most positive impact on region more broadly. We came away from the meeting knowing more about how each of our work fits into the larger picture of Detroit’s revival, and the region’s revival as a whole.

Shared learning and shared alignment have already come to fruition in abundance from the Detroit Jewish Funders Network.

Shared action remains on the horizon.

The different funders involved have different missions and approaches, which is part of the value of the group. But it also raises the level of complexity for collaboration on any particular issue. We continue to keep shared action in sight as one of our three conceptual north stars, but we don’t feel it urgent to force it by any deadline.

What’s most important is we’re not waiting for an obvious project or problem to get us together as a network.

Andrés Spokoiny, President of Jewish Funders Network, likes to say the Jewish Funders Network isn’t a network, it’s a network of networks. He means it in a very informal way, but when it comes to Detroit, that has become more literally true. I hope other family philanthropists in Detroit will join us to discover what comes next.

And I hope to find other opportunities to ask of any successful large-scale model: can that work small, too? 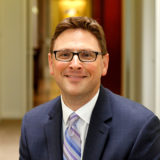