Can Structure Set You Free?

Can Structure Set You Free? 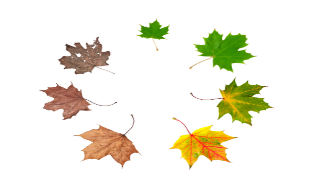 Editor’s Note: This post is part of a series discussing strategic lifespans and is an ongoing partnership between NCFP and the Quixote Foundation. For more information check out NCFP’s April 13, 2017 webinar on this topic.

Whether your foundation is committed to operating in perpetuity, or you’re considering a strategic lifespan, does defining the parameters of your foundation’s activity restrict or liberate you?

Ready, set, go. You’ve decided to manage your foundation’s grantmaking within a “strategic lifespan.” Or, in the old parlance, you’re “spending down.” So, what happens now?

Will a sense of panic settle in? So much difference to make. So little time. Every decision becomes vital. Every dollar becomes precious. One false move and it will all be over. Sounds exhausting.

Will you decide to become a student of the best practices of “spending down”? Proceed deliberately down a proscriptive path. Follow the rules. Sounds like paint by numbers philanthropy. Where’s the joy in that?

Or, will you become reckless? After all, what the heck difference can you really make in the world in just a few years? Might as well throw strategy to the wind and do what feels good. Go ahead spend willy-nilly.

Before you and your foundation take that leap away from perpetuity towards strategic lifespan, you’ll have no idea how it will really feel. But we are confident that it won’t be anything like you expect. When Quixote Foundation decided to “spend up” – our term for becoming a strategic lifespan foundation – the only thing we really knew was that we were not going to be in the grantmaking business forever.

What really happened to us was profound.

In fact, setting a timeline for our foundation’s life did not inspire panic. Nor did it make us feel constrained and restricted. In fact, it was liberating.

Spending up allowed us to see clearly that our philanthropy was not about our personal, family or institutional legacy, it was about the work of our grantees and the change they work tirelessly to realize. It enabled us to embrace conflict and seek resolution. It encouraged us to approach our grantmaking strategy with a greater sense of creativity, not restriction. Knowing that we had limited time and resources, we found a clearer path that was ultimately more satisfying to us as individuals and more impactful for our organization and the field.

Executing our spend up strategy was exciting. We started with our values and used time as a creative constraint, asking, how will we remain responsive to our grantees and unexpected circumstances? Having the constraint of time meant we didn’t assume that plans and expectations were constant, we tried to remain flexible, nimble, and willing to adapt. Ironically, those constraints unlocked our creativity.

We took greater risks and worried less about any one specific outcome. We believed that success was measured best over time and trusted that the impact of our grantee’s work would be felt long after our spend up.

By not operating under the assumption of perpetuity, our grantmaking was freed up to move beyond the personal legacy of our founder, Stuart Hanisch; as well as guaranteed that we couldn’t get attached to our own role as funders, and the inherent issues of ego that role can entail. When you know you’re not going to be a funder in a few years, it’s amazing how your perspective shifts. We started to understand, at a deep and fundamental level, that supporting Stuart’s vision was not about Stuart, or the family, or about the institution, it was about the vision of a free, fair and healthy world, and the work that needed to be supported to realize that vision.

Spending up demanded that we embrace conflict and seek resolution, both internally and externally. With the clock ticking, we could not afford to have tensions linger or hope that they would resolve themselves or diminish in meaning over time. This was tested most meaningfully when we – as an organization – decided to dedicate ourselves to addressing racial equity, a decision that had significant implications for our grantees and for the internal dynamics of the foundation itself.

As a family foundation founded by a white family led by an African American Executive Director with a racially diverse staff, working on our internal commitment to racial equity required us to go well beyond our conflict comfort zone. Time was of the essence. So was the loving and courageous way we engaged in a process that expanded our mutual understanding of each other and strengthened our institutional vision and strategy.

Most significantly, operating within a strategic lifespan enabled the Quixote Foundation to engage in our work with greater level of creativity. We became less risk averse, not in a reckless way, but in a focused and strategic way. We understood that we were never going to be the largest funder at the table, but maybe we could be the most nimble, or the most responsive, or the one willing to take a risk on a new idea. The limitation of our lifespan created a healthy imperative about approaching our role as a funder with a sense of thoughtful urgency that opened us to experimentation and freed us from orthodox notions of “strategic grantmaking.”

A foundation does not have to operate within a strategic lifespan to let go of its institutional ego, embrace conflict, and work more creatively. What we learned at Quixote was not really about spending up, it was about allowing the parameters of time and resources help shape, in the most dynamic way possible, our work as funders and ultimately, our work as individuals. 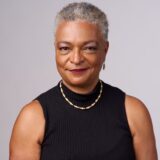