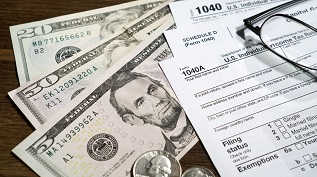 As congressional leaders move to score fast political wins by passing tax-code changes this year, foundation leaders nationwide must do all we can to let policy makers know about the potentially devastating impact many of their proposed changes would have on the lives of people our grants are designed to help.

Disturbing myths about philanthropy have emerged in meetings many people at foundations have had with Congressional aides and Trump administration officials in recent months.

Too often, people in Washington have the impression that philanthropy can step in to make up for the loss of federal revenue that will occur when steep tax cuts are enacted.

We in philanthropy know this is a fallacy of supreme proportions. But it is up to us to use our voices and clout on behalf of those who all too often don’t get much of a hearing in the corridors of Congress.

Charity and foundation coalitions have been vocal about the impact of potential tax-code changes on giving.

But a range of other proposals under consideration are just as important to grant makers and charitable organizations. Congress is considering changes in tax credits that help low-wage workers, needy families with children, and families seeking affordable college tuition — and these changes would set back too many of the Americans whom foundations hope to help.

Some foundation leaders recognize that tax policy has the potential to hurt those served by the many nonprofits we fund, but it is astonishing that so many remain silent on a topic that directly affects our missions and grant decisions, let alone the people many of our institutions were created to serve. Yes, tax policy is complex, but there is no excuse for staff members and boards to not educate ourselves about this most critical of distributive instruments and then to advocate for changes.

In Ohio, where we are based, the effects of the tax changes would be especially significant in townships and small-to-mid-sized legacy cities that are experiencing unprecedented financial insecurity. The Ohio United Way reports that in 2015, 14 percent of Ohio’s households faced financial hardship, and an additional 26 percent (1.2 million households) suffered at least one economic setback.

(Josh Porter, 35, is completing a certificate program in Machine Tool manufacturing at Williamsburg Technical College, even as he works full time, has a wife and 15-year old son, and drives 40 miles a day from his home to the college. Credit: Travis Bell for the Chronicle)

Helping People Keep What They Earn

That’s why it is especially disturbing that Congress is considering changes in two tax credits for low- and middle-income workers: the earned income tax credit and the child tax credit, both of which help individuals and families make ends meet by keeping more of what they earn.

The size of the earned-income tax credit depends on a worker’s wages, marital status, and number of children. In Ohio, 939,000 workers claimed the credit last year, putting $2.3 billion into Ohio and lifting people out of poverty. The credit’s power could be increased by extending it to veterans, adults ages 21 to 25, and parents who don’t live with their kids. Similarly, the child tax credit, which allows families to receive up to $1,000 per child, should be protected and considered for expansion to older adults, especially given the number of older Americans raising grandchildren as a result of the opiod addiction crisis.

For a working family in Elyria, Ohio, that earns $12 an hour in a local manufacturing plant, living paycheck to paycheck requires vigilance and planning that few of us with privilege understand. Life in many families is wracked with uncertainty, and a tax-refund check can mean the difference between eviction and being able to pay for rent. Both Republicans and Democrats have supported the earned income tax credit, and current proposals to change this effective policy would push more people in lower- and middle-income brackets into full-blown poverty that will increase demands on philanthropy and nonprofits.

Another set of credits at risk in current debates is also of concern to people who look at education as a step out of poverty: the American opportunity tax credit and the lifetime learning credit, designed to help low- and middle-class taxpayers afford higher-education expenses. The opportunity credit is the more lucrative of the two, as it can provide a family with about $2,500 a year for each eligible student. Foundations know that for many families, a $5,000 top-off to a financial aid package can mean a world of difference for a student embarking on a four-year college education or community college. The lifetime learning credit provides up to $2,000 for qualifying tuition and fees for people who may be older and returning to school in hopes of gaining the skills to pursue a new career at higher pay.

That matters to people who can’t otherwise afford college: The lifetime earning total of a person holding a four-year degree is about $1.9 million, about twice what the typical high-school graduate earns, and $335,000 more than what the typical associate-degree graduate earns. Despite this evidence, a 2014 Congressional Budget Office report suggested elimination of these and similar credits to help reduce the deficit. Philanthropic dollars will never be able to make up the difference this reduction would have on this important form of college financial aid.

Curbing Incentives to Give

What’s more, the money available to nonprofits and foundations could be smaller because of proposals that many nonprofits have been lobbying against.

One proposal is to double the standard deduction, intended to simplify the tax code by reducing the number of itemizers by 95 percent. In Ohio, that would mean 1.25 million fewer itemized returns reporting charitable contributions in a given year. Of the 1.31 million Ohioans who itemized charitable contributions on their federal returns, 24 percent had incomes less than $50,000; together, those taxpayers made $612 million in contributions to local charities.

The remaining 7 percent — the wealthy donors with income over $200,000 — presumably would be the only ones left itemizing.

Nonprofit organizations, which employ one in 10 Ohio workers, would be significantly harmed by reduced charitable contributions, and services would be dramatically cut — all leading to increased demands on philanthropic dollars. And, some economic analyses have shown that doubling the deduction would actually increase the tax burden on low- and middle-income taxpayers, when all itemized deductions are forgone. What looks like an admirable simplification could result in a larger tax burden for many.

There are other tax policies that philanthropy and its leaders could and should debate with our elected officials. Educate yourselves and your colleagues first, then engage your elected officials to make sure they know you care about the ultimate beneficiaries of philanthropy’s dollars — and that we can’t fill the gap that would result from cuts. Help them understand that tax cuts pick winners and losers. What we really need is a thoughtful reshaping of tax policy, considered with public hearings and research and in a bipartisan manner. Philanthropy leaders must think of themselves as co-investors with government in nonprofit programs that promote education, health, human services, and economic development. The federal tax code is a tool that allows this partnership to flourish and that supports the common good of a vibrant and informed democracy filled with opportunity for all to achieve the American dream.

We must do all we can to make sure that Congress and the White House promote tax policies that sustain a robust tradition of generous charitable giving by Americans helping their neighbors, ensure the vibrancy of the nonprofit world, advance economic security for all Americans, and invest in educational opportunities that prepare Americans for the big changes facing us in this 21st century. 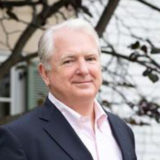