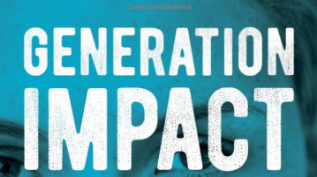 Ask any philanthropic family about their biggest challenge or concern, and one of the answers you’re most likely to hear is “how can I better engage the next generation?” In fact, NCFP’s 2015 Trends Study pointed to the changing leadership of family foundations – specifically to the engagement of younger generations on foundation boards – as a major factor that will shape the future of family philanthropy. Forty-three percent of family foundations expect to add or increase the number of younger family members to the board, and this number goes up to more than half among foundations formed after 1990. Add to that the exponential increase in donor-advised funds used by families, and the emergence of other new philanthropic vehicles established by next gen donors themselves, and this primary challenge in our field becomes even more momentous.

After hearing this challenge over and over, and knowing the significance of the rising generation and the resources they steward, we decided a few years ago to start conducting detailed research on Gen X and Millennial major donors. Our new book, Generation Impact: How Next Gen Donors Are Revolutionizing Giving, pulls back the curtain on what we discovered about how the next gen want to engage in their family philanthropy. You might be surprised by what they told us.

For one thing, the idea of “succession” within families or on foundation boards – as illustrated by the traditional metaphor of “passing the baton” – doesn’t resonate with most next gen donors. They don’t like how it implies that the previous generation stops running when they pass the baton, giving up their roles and allowing the next gen take over. Instead, the next gen wants elders to stay involved longer; they want to work alongside, and learn from, previous generations. Rather than a relay race, they prefer to see the family foundation or fund as a multigenerational team – one with both veterans and rookies on it, each bringing their own unique assets and contributions to the playing field. Previous generations bring their wisdom and experience, while emerging generations bring their energy, technological know-how, and networks. And the next gen feels it is precisely the combination of both working together that makes the team more effective.

This belief in multigenerational teams is exemplified by one of the next gen donors featured in Generation Impact, Katherine Lorenz, who serves as president of the family foundation started by her grandparents, the Cynthia & George Mitchell Foundation, and is also a current NCFP Fellow. Katherine describes the challenges she faced in making the foundation truly multigenerational while still remaining true to the wishes of her grandparents.

Katherine’s story illustrates not only the desire for multigenerational engagement that we heard so often in our conversations with next gen donors, but also the next gen’s respect for family legacy. This sentiment about legacy is another major finding from our research that might surprise some readers. Rather than seeing the family legacy as a burden, the next gen members of giving families, on the whole, see legacy as a gift – one that they will be responsible for stewarding.

Gen X and Millennial members of giving families are eager to take on these responsibilities of stewardship – often well before the age when their parents think to engage them – and for the next gen this often means they are ready to take the family legacy “to the next level” in terms of impact and innovation. They consider it their job as proud steward to make the family’s giving more effective. But, like Katherine, they want to find ways to do this that still honor the intentions and wishes of their predecessors.

So what does this mean for families who are confronting the challenge of engaging the next generation? After listening closely to the next gen, we have a few suggestions:

For more insights and suggestions like these, and more stories of next gen donors, we hope you will read Generation Impact and explore the book’s website. Also please don’t hesitate to reach out to us at moodym@gvsu.edu or Sharna@2164.net.