The Future of African American Philanthropy

The Future of African American Philanthropy 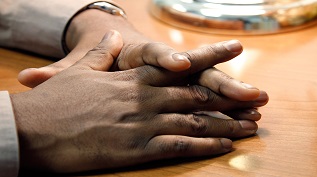 At Bridge Philanthropic Consulting (BPC), the nation’s largest full-service African American-owned fundraising firm, we have logged plenty of anecdotal evidence that supports the study’s key finding — namely, that African Americans are very generous but also very careful when it comes to charitable giving. Among those surveyed for the study, 62.4 percent of African American respondents rated themselves as “knowledgeable” or “expert” about charitable giving and philanthropy, compared to 54.8 percent of their white peers. African American donors also are almost twice as likely as white donors to say that they carefully monitor their social investments (39.1 percent v. 21.7 percent).

This cautiousness on the part of African American donors does not extend to online giving. African Americans are four times as likely as donors from other racial or ethnic groups to use social media to raise funds and/or awareness for a cause. And high-net-worth African American donors report a higher degree of satisfaction from giving than white donors (66.7 percent v. 42.3 percent). At the same time, African American and white donors both report a high degree of satisfaction from volunteering, with rates above 60 percent among both groups. Where noticeable differences show up is in the kinds of organizations each group favors. African Americans were significantly more likely than their white peers to donate to faith-based causes (71 percent vs. 53.7 percent), so-called combination purposes (54 percent vs. 41.4 percent), and higher education (49 percent vs. 34.4 percent). There is also a tradition in the black church of tithing that has instilled a sense of grassroots philanthropy in the African American community, with African Americans who attend church 25 percent more likely to make a charitable donation than their peers who don’t attend church services.

“Black philanthropy makes an enormous difference in the lives of our people and our nation,” says Hugh B. Price, former president of the National Urban League and a senior fellow at the Brookings Institution. “Our generosity runs the gamut, from tithing to our churches, sororities, fraternities, and civic clubs, to making major contributions to our collegiate alma maters, the Dr. Martin Luther King Memorial, and the National Museum of African American History and Culture. Black philanthropy provides the indispensable financial foundation that guarantees the survival of vitally important nonprofit institutions while also fueling their ascent to new heights of impact and excellence.”

The findings of the U.S. Trust study further suggests that organizations seeking to fundraise in the African American community should pay special attention to those with a family tradition of giving. Among African American respondents to the survey, 30.7 percent said they have a family tradition of giving, compared with 18.3 percent of white respondents. Perhaps more significantly, African Americans are more likely, according to the study, to encourage their younger relatives to get involved in charitable causes and giving campaigns.

“I became involved in philanthropy through a family tradition that goes back to the church,” notes Dwayne Ashley, who co-founded BPC and serves as its president. “My great-grandmother was a midwife. When families could not pay her, they often gave her portions of their land, which she in turn donated to create one of the first black schools in Heflin, Louisiana. Eventually, the school became a church, [which] generations of my family and neighbors attend to this day.”

As African Americans become an increasingly important part of the philanthropic equation in the U.S., nonprofit organizations have reason to be optimistic. According to the U.S. Trust study, African Americans are almost twice as likely as whites to believe that large gifts can change the world or impact society for the better (25.5 percent vs. 14.2 percent). And of those surveyed, 41.8 percent of African American respondents said they planned to increase their charitable giving in the future, compared with 24.4 percent of white respondents.

“I am excited to see the hard data matching the generosity we have observed in the black community for many years,” says Reggie Van Lee, a celebrated philanthropist, founding member of the Clinton Global Initiative, and a former member of President Obama’s Committee on the Arts and the Humanities.

Even today, many fundraising professionals still associate “donor” with a wealthy white man or woman. A growing number, however, are learning that fundraising transcends color and that meaningful long-term relationships with donors are based on mutual affinity and shared interests. Thirty years ago, I asked the 100 Black Men of America organization to help underwrite a PBS program about Paul Robeson. I was shocked to learn the organization had never been approached to do anything like that. But I wasn’t surprised when it stepped up with a generous gift. That was then, and today is today. If African Americans in the past weren’t a fixture on nonprofits’ donor rolls, maybe it’s because no one thought to ask. Isn’t it time we do something about that?